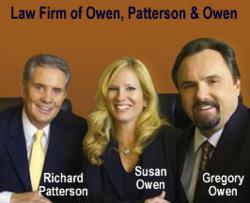 Harley Davidson has chosen to sell tens of thousands of touring bikes in California without disclosing this known defect.

Last week, a federal judge ruled that a class action lawsuit against Harley Davidson could go forward, siding with four bikers who claim their Harley Davidson motorcycles were defectively designed because their engines ran so hot as to pose a constant danger to riders of being burned and were therefore not fit for their intended use.

The complaint alleges that since 1999, Twin Cam 88, 96, 103 and 110 cubic inch engines in Harley motorcycles produce severe, excessive heat causing clothing to catch on fire, burn injuries and the danger of burn injury to riders and passengers as well as overheating causing premature engine wear and in models manufactured after 2006, transmission failure. Although Harley Davidson asked the Eastern District of California court to throw out the claims under state law, the U.S. District Judge sided with the bikers.

Greg Owen, a partner at Los Angeles personal injury attorneys Owen, Patterson & Owen and one of the lawyers representing the plaintiffs in this case, states, "Harley Davidson has known about this problem from the early 2000s and has the technology to fix it, but has chosen to sell tens of thousands of touring bikes here in California without disclosing this known defect. When Harley customers complain to Harley’s dealers after purchase, Harley’s response is that’s normal and it refuses to offer an effective fix to the problem."

Owen believes the unsafe heat problem is due to Harley selling larger engines that cannot comply with the emission standards of many states, including California.

'The fix is pretty simple,' says Owen, "and Harley already has it – manufacture touring bikes with liquid cooled engines instead of air cooled engines. If Harley did that this serious design and safety defect would go away."

The recent ruling allows the case to move forward, and Harley Davidson will now face Class Action Certification process at the end of the month.

Owen, Patterson & Owen represents injured plaintiffs in consumer fraud, defective products and severe injury cases. Avid consumer advocates, they have demonstrated their ability to devote substantial resources in both time and money, which has generated hundreds of millions of dollars in recoveries for their clients.