The War On Drugs: The War Of The Powerful On The Powerless? 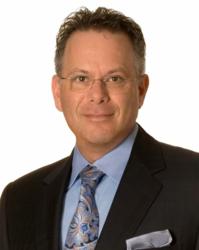 During the April 7, 2013 edition of MPL Court Radio, My Philly Lawyer (Silvers, Langsam & Weitzman) attorney Dean Weitzman spoke to the director and creator of “The House I Live In,” an award-winning documentary about the U.S. government’s “war on drugs.” Director Eugene Jarecki explained that he created the film because he saw how young black people encounter different obstacles than he did growing up. He said that the “clear culprit of what was behind the undermining of black Americans was the war on drugs.”

Weitzman and Jarecki discussed the obstacles they believe the war on drugs has created, with Jarecki pointing a finger at politicians who have created “draconian” drug laws. “How dare you run a country you call a beacon of democracy and make a prison industrial system of mass incarceration one of your primary modes of breadwinning?” he asked, claiming that politicians wrote the drug laws to appease political donors.

Statistics On The U.S. Drug War

Jarecki explained that the U.S. has the most severe drug laws of any nation, but it continues to have the highest demand for drugs. Both men cited statistics that show the extent of the problem:

“So when will this all change?” Weitzman asked. When will drug use be “dealt with as the disease it is as opposed to a crime?”

Jarecki believes change is on the way, citing new state laws that legalize marijuana and alter “three strikes” laws to prevent lifelong incarceration for nonviolent drug use. He used Portugal as an example to follow. Portugal decriminalized drug possession and saw a drop in drug use rates, a drop in violence associated with drug use and court schedules freed up to deal with violent crimes. Portugal saved an immense amount of money, which allowed it to institute the “most robust treatment system in the world.”

The U.S. has a long way to go before it sees the results Portugal has experienced, but Jarecki believes that public opinion is turning against the drug war. That, he says, indicates a better future with less emphasis on prison and more focus on drug addiction treatment.

To listen to the Court Radio discussion, please visit http://www.myphillylawyer.com/Court-Radio-Show/#April2013.

You can watch “The House I Live In” on demand here: http://www.thehouseilivein.org/.