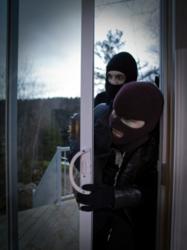 Approximately 83 percent of the offenders said they would attempt to determine if an alarm was present before attempting a burglary, and 60 percent said they would seek an alternative target.

There’s no better way to figure out what motivates a burglar than to go directly to the source: Just ask the burglar.

A groundbreaking new study by a researcher at the University of North Carolina at Charlotte examines hundreds of convicted offenders to gain an unprecedented look inside the mind of a burglar, providing remarkable insight into an intruder’s motivation and methods.

The survey, entitled “Understanding Decisions to Burglarize from the Offender’s Perspective,” was conducted by Dr. Joseph B. Kuhns of the university’s Department of Criminal Justice and Criminology. Funding was provided by the Alarm Industry Research and Educational Foundation (AIREF), which is supported by the Electronic Security Association (ESA), the largest trade association for the electronic life safety and security industry.

"This study adds to our understanding of burglars, their motivations and their techniques," Kuhns said. "It also helps us gain insights into the impact of demographic differences, such as gender. By asking the burglars themselves what motivates and what deters them, we believe this research can help people better understand how to protect themselves against these crimes."

According to the study, a majority of burglars considered the presence of deterrents such as alarms, outdoor cameras and other surveillance equipment when choosing a potential residential or commercial target. Approximately 83 percent of the offenders said they would attempt to determine if an alarm was present before attempting a burglary, and 60 percent said they would seek an alternative target. This was particularly true among the subset of burglars who were more likely to spend time deliberately and carefully planning a burglary.

A considerable portion of the research dealt with differences between male and female burglars. For example, men tend to plan their burglaries more deliberately, and are more likely to gather intelligence about a potential target ahead of time. Women appear to be more impulsive overall, engaging in “spur-of-the-moment” burglaries.

Women also indicated a preference to burglarize homes and residences during the afternoon, while men tend to focus on businesses in the late evenings. And drug use was the most frequently reported reason given by women (70 percent) as a motive for burglary, while men cited money as their main motivation.

One thing didn’t change across gender, however: The impact of alarms and surveillance equipment on target selection did not vary, although female burglars were more often dissuaded from attempting a burglary if they noticed signs suggesting that a particular location was protected by alarms.

In addition to Kuhns at UNC Charlotte, other researchers are Dr. Kristie R. Blevins, Eastern Kentucky University; and Dr. Seungmug “Zech” Lee, Western Illinois University. AIREF, which funded the study, is a tax-exempt foundation that serves as the research arm of the electronic life safety, security and systems industry. With support from ESA, AIREF has financed research and education for consumers, industry professionals and public safety officials since being founded in 1977.

For more information and to read the study in its entirety, go to http://www.AIREF.org. More information about how consumers and businesses can avoid being victims of burglaries and other crimes is available at http://www.alarm.org.

The Alarm Industry Research & Educational Foundation (AIREF) is a tax-exempt foundation serving as the research arm of the electronic security industry and is supported by the Electronic Security Association (ESA). Through research and education, AIREF provides relevant information used by public safety officials, consumers and the industry to make communities across the nation safer. More information is available at http://www.AIREF.org.

Established in 1948, the Electronic Security Association (ESA) is the largest trade association representing the electronic life safety and security industry. Member companies install, integrate and monitor intrusion and fire detection, video surveillance and electronic access control systems for commercial, residential, industrial and governmental clients. In cooperation with an alliance of chapter associations, ESA provides technical and management training, government advocacy and delivers information, advice, tools, and services that members use to grow their businesses and prosper. ESA may be reached at (888) 447-1689 or on the Web at http://www.ESAweb.org.