An eclectic group of well-known as well as new musicians lend their voices to a CD to benefit victims of war to commemorate the 30th anniversary of the end of the Vietnam War.

The Vietnam War ended 30 years ago on April 30th, 1975, but bombs and landmines left over from that conflict continue to injure and kill on a near daily basis. Clear Path International, a US-based non-profit, works to address the needs of survivors of such accidents and their families.

Clear Path has joined forces with an eclectic group of outstanding musicians to put together a benefit CD to help raise much needed funds to continue their work in Vietnam and other parts of Asia.

Also on TOO MANY YEARS are jam band giants WIDESPREAD PANIC covering The Doors live and THE STRING CHEESE INCIDENT with a song written in collaboration with one of the Grateful DeadÂs longtime songwriters.

Breakout artists THE JIM GILMOUR BAND and RICK REDINGTON & THE LUV MACHINE offer up AN HOUR IN TEXARKANA and MOTHER EARTH, two new songs which are fresh and unforgettable.

The CD also features rock legacies SALLY TAYLOR and THE BEN TAYLOR BAND. Sally and BenÂs parents are James Taylor and Carly Simon and they have the talent to back up their famous name.

Bluegrass fans will love the old and the new with THE NITTY GRITTY DIRT BANDÂs track off the classic WILL THE CIRCLE BE UNBROKEN album followed up by bluegrassÂs hottest band the YONDER MOUNTAIN STRING BAND.

Grateful Dead fans will be stunned by THE DARK STAR ORCHESTRAÂs spot-on cover of EYES OF THE WORLD and fans of THE SAMPLES will be happy to see Clear Path has included Sean KellyÂs lamentation of war in his classic ÂOCEAN OF WARÂ.

Finishing off TOO MANY YEARS is world-renowned composer PHILIP GLASS on piano for FOG OF WAR. The title track off the Oscar Winning documentary that profiled Vietnam-Era Defense Secretary Robert McNamara.

Due to licensing agreements Clear Path can only produce a limited number of these CDs. A rarity to add to your collection, on top of being a phenomenal collection of music for a worthy cause.

All proceeds from this CD will benefit Clear Path International.

Too Many Years is dedicated in memory of Marla Ruzicka the 28-year-old founder of the Campaign for Innocent Victims in Conflict (CIVIC) who gave her life helping civilian victims of war in Iraq on April 17, 2005 and to the families CPI serves in Vietnam.

Although the Vietnam War ended 30 years ago, by some estimates over 350,000 tons of bombs that did not detonate when dropped remain in the ground. This ordnance regularly claims lives and limbs in this still war-ravaged province. Since the conflict ended in 1975, nearly 40,000 Vietnamese have been killed by by these munitions.

Clear Path International serves landmine and bomb accident survivors, their families and their communities in former war zones in Southeast Asia. This assistance takes the form of both direct and indirect medical and social services to survivor families as well as equipment support to hospitals. Current Clear Path projects are in Vietnam, Cambodia and on the Thai-Burma border.

More information about Clear Path International can be found on the web at http://www.cpi.org. 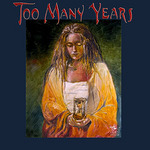