Bringing together every facet of R&B music from soul to hip hop to pop and everything in between, Jennifer Edison's new album "A Thousand Wings" is what many are calling "the real deal." This singer, songwriter and producer is sure to break ground with her album slated for release this fall right here in Atlanta by her independent label The Song of Songs Records. 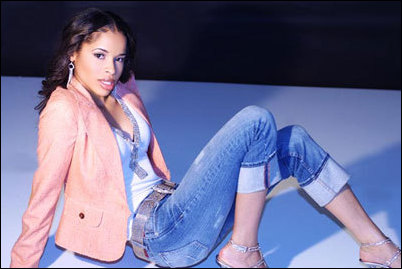 I'm definitely ready to take it to that next level. I love what I do and my greatest joy would be to share it with the world.

The Detroit-based singer-songwriter and producer, Jennifer Edison, will release her new album "A Thousand Wings" in Atlanta, GA this fall. The album was produced by herself and her older brother Charles Edison and also features songs by Houston-based producer Derrick "Platinum Child" Hines.

"It's all about family," Jennifer says. "But don't get me wrong, if my brother wasn't good he wouldn't be producing on my album just because he's family. It's just such an amazing blessing to have someone so talented be right here in the family. We are like the perfect team with the craziest chemistry and I think that the album definitely reflects that."

"A Thousand Wings" is a journey from Jennifer Edison, one that takes its listeners through the good, the bad and the ugly of life and relationships using a dynamic range of melodies both musically and vocally. She explores the depths of R&B music with elements of Pop, and Hip-Hop and meticulously combines them together to form her classic R&B sound. The first single to be released, I'm Out, has that "Crunk-n-B" feel that combines a Hip Hop beat with R&B vocals and is already in Atlanta clubs and hitting radio soon. The sweet harmonies of the tear-jerking Acapella track, No Matter What, caps off the album and pays special tribute to the soldiers and all of the heroes of the world inspiring those who go through trying times to keep fighting and never give up no matter what.

"Inspiration is so important to me and paying tribute to those that inspire me and millions of others all around the world is simply an honor," Jennifer affirms. "That's what I try to do with my music. I want to give back inspiration to the world the way the people of the world have inspired me, from musicians to doctors, fireman, soldiers, teachers and everyone out there striving to make a difference in this world. I want to inspire people with my music and make a difference in the lives of those that hear it."

"A Thousand Wings" is Jennifer's second CD, following up on her debut internet only release "JLE That's Me". The strong reviews and encouragement from the first CD provided the impetus for the even more ambitious follow-up.

"I'm definitely ready to take it to that next level. I love what I do and my greatest joy would be to share it with the world."

About The Song of Songs Records:

The Song of Songs Records is an independent record label based in Detroit, Michigan specializing in the release of R&B and Pop artists. The Song of Songs will release Jennifer's new album in stores in Atlanta this fall. For more information and updates visit her website at http://www.JenniferEdison.com.

The Song of Songs Records