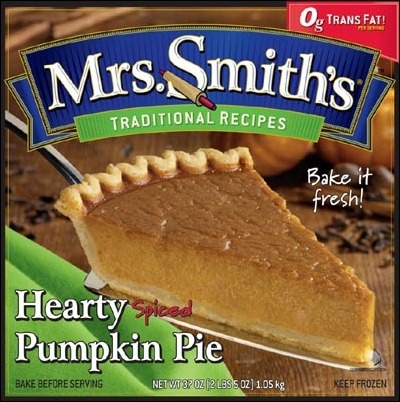 This is a great opportunity to start a dream kitchen

Mrs. Smith'sÂ® "Make A Masterpiece" pie decorating contest has just begun nationwide and contestants are one step closer to winning a double oven prize package valued at over $3,500. Two rounds of judging are scheduled and the Grand Prize winner will be chosen with the help of the public, through an on-line vote. Entries will be judged equally on ease of pie preparation, creativity, originality, appearance, and on-line voter response.

"This is a great opportunity to start a dream kitchen," said Brand Manager Mike D'Addieco. "With the luxury of a double oven, one lucky winner will be able to cook an entrÃ©e at one temperature and bake a Mrs. Smith's dessert in the second oven, at the same time."

According to D'Addieco, all entries must be original creations and use at least one Mrs. Smith'sÂ® Whole Pie. For more information, the pie decorating contest entry form and rules are available on-line at http://www.mrssmiths.com or by sending a self-addressed, stamped envelope to "Make A Masterpiece," P.O. Box 2127, Addison, Texas 75001. U.S. citizens, with the exception of residents of AZ, MD, ND and VT, who are 18 or older at the time of entry, are eligible. The official entry period ends November 18th.

Other prizes will include a year's supply of Mrs. Smith's pies, and all eligible entries will receive a coupon for one free whole pie while supplies last. Best known for its traditional, bake-it-fresh desserts and eat-it-anytime coffee cakes, Mrs. Smith's recently redesigned its product packaging with a bold, blue, banner logo, appetizing photography, and easy-to-shop, color-coded category names.

Based in Suwanee, Georgia, Mrs. Smith's desserts and breakfast treats are sold by Schwan's Bakery, Inc. The company was founded in the early 1900s when Amanda Smith began baking in her kitchen. Today the brand is an American icon, best known for its high-quality ingredients and home-baked taste. Mrs. Smith's products can be found at supermarkets nationwide. 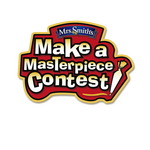