Metaboli, European leader in the digital distribution of video games through broadband, has today announced the conclusion of its second round of funding for a total of 6 million Euros. 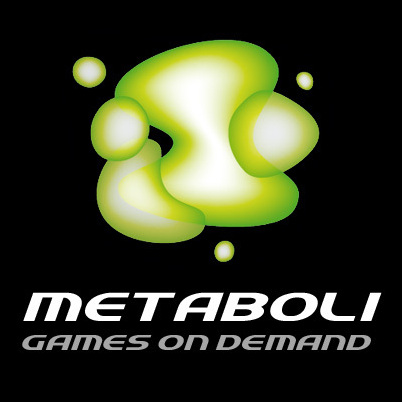 Intel is very excited to be working with Metaboli to provide cutting edge broadband gaming experiences to the PC, the TV and variety of other digital home devices.

Metaboli, European leader in the digital distribution of video games through broadband, has today announced the conclusion of its second round of funding for a total of 6 million Euros. The three new investors in Metaboli are Intel Capital, Innovacom and Alven Capital. This new round of funding will help Metaboli accelerate its European expansion and further consolidate its place as the leader in this market in Europe.

Formed in 2001 by a group of telecom specialists passionate about video games, Metaboli represents the new generation of game distributors:

Metaboli has built up partnerships with the world’s main video game publishers including Atari, Codemasters, DreamCatcher, Eidos, Microsoft Games Studio, THQ and Ubisoft, and as such offers the best catalogue of video games available to download in Europe. Aimed at all games fans, the Metaboli offer also constitutes a positive and legal alternative to software piracy.

Development and leadership of Metaboli in Europe

The development of Metaboli is aided by the explosive growth of broadband and the public’s interest in digital distribution, much like services such as iTunes and Napster in the music market, or that of films with the emerging Video on Demand services.

With more than 25 000 subscribers (20 000 of which have been acquired in the last 12 months), Metaboli is one of the rare European companies that has a proven subscription model for access to premium content. ”Metaboli has seen exceptional growth in the past 2 years. This new boost in capital and the support of shareholders of this quality will allow Metaboli to accelerate its development on a European scale,” commented Pierre Goubet, CEO of Metaboli.

Metaboli’s focus aligns with Intel’s Digital Home vision and platform focus. As entertainment and educational content goes digital, consumers want to access that content on multiple devices including TVs, PCs, handhelds and stereos. Intel is investing both internally and externally to make this happen by eliminating the boundaries between electronic devices inside and outside the home and apply the performance, cost and integration benefits of Moore’s Law to consumer electronics. Intel is also helping to pave the way for new services to deliver digital entertainment and information. The ultimate goal is to enhance and simplify the digital home experience for consumers worldwide. “Metaboli’s success in the emerging digital entertainment market with ‘gaming on demand’ aligns well with our vision to enable consumers to get their entertainment content any time, anywhere and on any device,” said Kevin Corbett, vice president and general manager of the Content Services Group, Intel Digital Home Group. “Intel is very excited to be working with Metaboli to provide cutting edge broadband gaming experiences to the PC, the TV and variety of other digital home devices.”

Metaboli will also benefit from the experience of Innovacom, notably on the Kelkoo dossier, which is a great example in terms of the quality of the operation and partnership development. “I am convinced that, with the development of broadband networks, digital distribution of content will soar considerably in the coming years. And that goes double for video games. When I found out about Metaboli, I was both impressed and seduced by their vision, the services on offer and the team.” stated Frédéric Humbert, Partner – Innovacom.

Metaboli will also be able to take advantage of the competence of Alven Capital, a venture capital firm known for its contribution to the creation and the success of companies specialising in content distribution via Internet. “Metaboli allows video games publishers to considerably enlarge their distribution network and profit from the growth of e-commerce in complete security. We have been impressed by a highly performing, well fused team of founders that complement each other well” -Nicolas Celier, Alven Capital

Original Shareholders Confirm Their Interest and Their Support

Nicominvest and I-Source, original shareholders in Metaboli, are very optimistic of Metaboli’s future development, and they wished to take a major part in this new round of financing. “Nicominvest is proud to have believed in this project which is at the heart of its ultra-broadband development strategy, already at a very advanced phase, and to have taken part in its realisation with I-Source.” explained Alain Nicolazzi, CEO of Nicominvest (and ex-founder of Omnicom and Mangoosta).

“Having arrived at the birth of the company in June 2002, we have been able to see the project go from strength to strength.” commented Nicolas Boulay, I-Source Gestion, “The team has done exceptional work, earning the trust of both the publishers and gamers. It has positioned the company in a firm, promising market as well as convincing important investors and allowing the company to concentrate on its new target: Europe and maybe more.”

Intel is a registered trademark of Intel Corporation or its subsidiaries in the US and other countries.