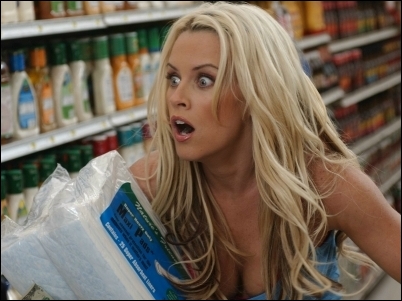 It’s a silly, laugh out loud comedy. A hilarious stocking stuffer for both women and men

The outrageous romantic comedy, co-produced by BSEG and DoubleDown Entertainment is being distributed by First Look Media.

Orders for both the rated and un-rated version of the film have exceeded all expectations domestically, and the international DVD release is scheduled for early next year.

The film stars McCarthy along with Carmen Electra, Eddie Kaye Thomas, Kathy Griffin, Kam Heskin, Lochlyn Munroe, David O'Donnell and Victor Webster, and is directed by John Asher. Dirty Love premiered at the Sundance Film Festival this year and was a crowd favorite.

BSEG is a full service entertainment company designed to develop, produce, purchase, and exhibit products in all media formats, including motion pictures, television, music and publishing.

Safe Harbor Statement under the 1995 Private Securities Litigation Reform Act: Statements contained in this document which are not historical fact are forward-looking statements based upon management's current expectations that are subject to risks and uncertainties that could cause actual results to differ materially from those set forth in or implied by forward-looking statements.

Deryck Whibley from Sum 41 in the movie "Dirty Love"