I knew that flavors like bubblegum and root beer just wouldn’t fit the needs of the children in Puerto Rico. Did you know that ‘bubblegum’ translates to ‘rubber ball’ in some Spanish speaking countries?

FLAVORx, the only company to develop safe, FDA-approved flavorings for medicines, continues to provide uncompromising excellence in service to its customers worldwide. Though booming in independent and chain pharmacies nationwide, FLAVORx realizes the ever-growing necessity to support non-English speaking consumers both in foreign countries and the U.S. Since its inception, the company has been committed to educating diverse communities throughout the world on the importance of medicinal compliance. Dedicated to making FLAVORx readily and easily accessible to all its customers, the company has adapted and created culturally specific lines of products, promotional materials and services.

Currently, the US is home to 41.3 million Hispanics, making people of Hispanic origin the nation’s largest race or ethnic minority. According to the US Census Bureau, 31 million US residents age 5 and older speak Spanish at home, with Spanish speakers constituting a ratio of more than 1-in-10 US household residents. In order to successfully support all US residents and residents of Puerto Rico, FLAVORx embarked on a mission to offer Spanish versions of formularies, marketing and promotional materials and flavoring assistance. In addition, FLAVORx educated Puerto Rican pharmacy representatives on the flavoring system to ensure that the proper knowledge was made available in this new terrain. Although it was quite a financial undertaking to re-vamp the company’s methods and materials, FLAVORx’s commitment to Spanish-speaking consumers proved successful in its ease of implementation for both pharmacies and consumers.

FLAVORx has expanded into the Hispanic market through its US affiliates, as well as independent and chain pharmacies such as Walgreens, Wal-Mart and Kmart in Puerto Rico. But FLAVORx President, Kenny Kramm, knew that they would have to make adjustments. Kramm stated, “I knew that flavors like bubblegum and root beer just wouldn’t fit the needs of the children in Puerto Rico. Did you know that ‘bubblegum’ translates to ‘rubber ball’ in some Spanish speaking countries?” After analyzing consumer preferences, FLAVORx’s natural fruit and more tart flavors such as orange, lemon and watermelon proved most successful with the Hispanic population. Since the expansion, FLAVORx has also developed flavors such as mango and guava and modified their flavoring menu to specifically cater to the variations in cultural taste preferences.

Responding to the demand to make FLAVORx readily available and easily acceptable to Hispanic-speaking countries and customers has shown FLAVORx’s dedication to excellence in customer service. This dedication has proved fruitful as FLAVORx shows a record growth in reorder sales since the expansion. FLAVORx continues to examine the needs of the international consumer through its work with Canada, the United Kingdom, Australia, New Zealand and Thailand. 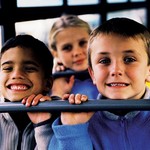