This spectacular collection encompasses volumes spanning well over 100 years in print, with many books being particularly rare and valuable. 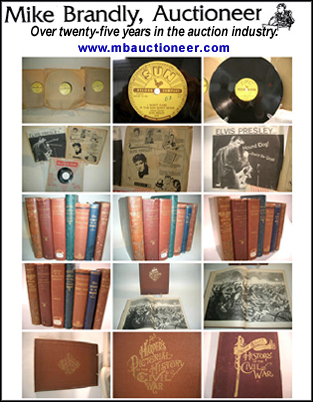 The books are as old as the early 1800s, and records include Sun Records' Elvis albums, etc.

Mike Brandly, Auctioneer in conjunction with CB Technologies, will present the extensive Civil War Library of Country Music legend Dusty Owens at auction Jan. 7-8. This spectacular collection encompasses volumes spanning well over 100 years in print, with many books being particularly rare and valuable. Included with the Civil War group, is a large and diverse collection of vintage 78, and 45 RPM records, from the golden age of country music.

Dusty Owens began his professional career at the young age of 16 in 1946, working at WWOK in Flint, Michigan. His career blossomed in 1953 when he signed with Columbia Records, and began a string of hits, with his crowning achievement being the composition and recording of "Once More." This smash hit has been recorded over 100 times since then, by such greats as Bill Anderson, Floyd Cramer, George Jones, the Osborn Brothers and Dolly Parton.

Of all the engagements, spanning over half a century, Dusty and his Rodeo Boys most notable, may be his long standing association with the Worlds Original Jamboree -- aired on WWVA in Wheeling, W.Va. In 1983, Dusty Owens was honored by WWVA as one of the top 50 country performers in the last 50 years, and his bronze star can be seen in the Walk of Fame, in front of the legendary Capital Theater in Wheeling. As a final testament to Dusty Owens genius, the Roy Acuff version of "Once More," can be viewed for all time, in the Hall of Fame Museum in Nashville. We are pleased to offer some of Dusty's special items to the public.

Currently, Dusty operates a Traditional Country Music radio station on the Internet where he DeeJays 14 new shows every month 24/7. You can find him at http://tcmradio.com. 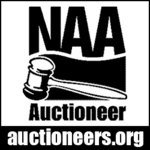