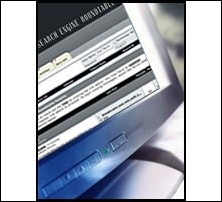 Search Engine Roundtable is well known, and highly respected for its comprehensive coverage of the major SEO/SEM forums on the Internet. Thousands of Webmasters, search engine optimizers, search engine marketers and even search engine employees visit the site daily to learn what the community is talking about before it gets out into the main stream media days, if not, weeks later.

Search Engine Roundtable Forum’s style will be very similar to that of the forum the members are used to. However, the members and moderators will have a direct say in how the forum is administered. Member requests will be listened to, voted on and if accepted, implemented.

Barry Schwartz now has an all-star team of moderators engaged in the Search Engine Roundtable Forums, who have been developing and growing online communities for several years, including:

“Search Engine Roundtable’s Forums will differ slightly from other online SEO forums,” said Schwartz. “The user titles play on the "roundtable" theme, in which all members earn higher title ranks, under the "imperial ranks" structure.”