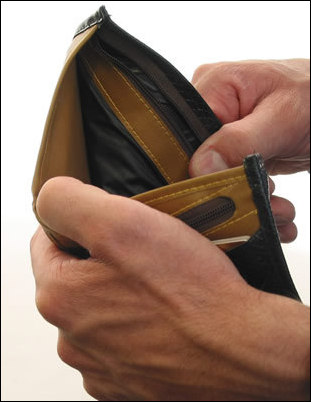 Prior to the bill’s passing students and concerned citizens throughout the country made last-minute phone calls and sent e-mails urging their representatives to vote no on budget reconciliation, but to no avail. Previously the bill passed the House by a narrow margin of 212-206.

Students and graduates now are in jeopardy. With college costs increasing every year and the forthcoming higher interest rates on student loans and student loan consolidation, the dream of a college education for many could become just that: an unattainable dream for students and families who fear they cannot afford college let alone the cost of student loans.

Throughout this past fall and early winter students, parents and other concerned citizens had been gearing up for the vote. While the government looked to cut major spending in the wake of disasters such as Hurricane Katrina, students spoke up through the Stop the Raid on Student Aid Campaign. Unfortunately, the campaign in the end did not stop the passing of the five-year $39.7 billion legislative package that includes the $12.7 billion in cuts to student loans, by far the worst of the cuts to federal programs that also include Medicaid and food stamps.

The final vote came on the heels of President Bush’s Jan. 31 State of the Union address, which was expected to garner support for budget reconciliation. The House reconvened on the same day for the Second Session of the 109th Congress.

A majority of the legislation’s provisions to student loans will take effect on July 1 and others will be implemented over time. Some provisions include an increase to 6.8 percent for federal Stafford Loans, from rates as low as 4.7 percent. PLUS fixed interest rates will jump to 8.5 percent, from 7.9 percent.

The following are other provisions affecting student loan consolidation that take effect July 1, 2006. Students and graduates should be aware of the new regulations so that they now can take action:

Final consideration of the Deficit Reduction Act brought a vote in favor of cutting student loans and changing regulations regarding student loan consolidation. Although the legislation has changed to the detriment of those seeking a higher education, students and graduates still have the option to consolidate before the July 1 interest rate increase.

NextStudent believes that getting an education is the best investment you can make, and it is dedicated to helping you pursue your education dreams by making college funding as easy as possible. Learn more about Student Loan Consolidation at NextStudent.com.