Public Citizen, a nonprofit consumer advocacy organization, has moved to take on the Deficit Reduction Act with its own lawsuit, following the first lawsuit filed in February by an Alabama elder law attorney. 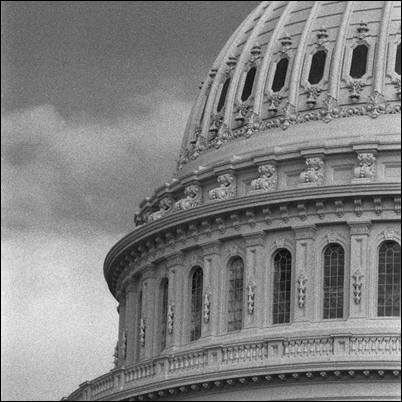 What we’ve asked for is for the law to be declared unconstitutional.

Public Citizen, a nonprofit consumer advocacy organization, has moved to take on the Deficit Reduction Act with its own lawsuit, following the first lawsuit filed in February by an Alabama elder law attorney.

Filed on March 21, Public Citizen’s lawsuit challenges the bill’s legal constitutionality, as does the lawsuit filed by Jim Zeigler of Alabama.

Controversy has surrounded the bill since before it was signed into law Feb. 8 by President Bush. The bill includes major cuts to federal programs, with approximately $12.7 billion in cuts to federal student loans as well as cuts to Medicare and Medicaid.

The legal constitutionality of the bill is being challenged due to a clerical error that occurred after approval of the bill and when it was sent to the House. A Senate clerk mistakenly changed wording in the House version. In effect, the Senate version was passed with wording stating that a Medicare provision would pay for rental of 13 months of certain durable medical equipment; the House version stated 36 months. Because of the error, many argue the bill is not law as, according to the Constitution, both the Senate and the House must sign identical versions before a bill is signed into law by the president.

Adina Rosenbaum, a staff attorney at Washington-based Public Citizen, said, “What we’ve asked for is for the law to be declared unconstitutional.” Public Citizen works on issues such as openness and democratic accountability in government, and effective, safe affordable healthcare.

According to Rosenbaum, although Zeigler and Public Citizen filed lawsuits in different courts, “What we’re asking for is the same thing [as Zeigler].”

As the Deficit Reduction Act is “a law that affects millions of people,” she said, it would not be surprising for others to follow and challenge the bill.

Zeigler said that many people and businesses have been affected by the bill and expects more lawsuits. He added that student loan companies could join in as some have made inquiries.

The NextStudent Scholarship Search Engine, one of the nation’s oldest and largest scholarship search engines, is updated daily, available free of charge, completely private – and represents more than 800,000 scholarships worth $2.8 billion.

For more information about NextStudent and its student loan reconsolidation program, please visit the company’s Web site at http://www.nextstudent.com/.