Podcasting can be a powerful voice for animals. The Animal Talk Naturally! podcast has joined forces with the International Podcasting Expo to help raise funds for the Bella Moss Foundation, which fights to prevent MRSA (the SUPERBUG) in pets. 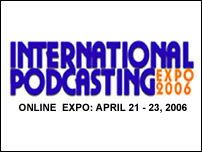 Kim Bloomer has been involved in holistic health care and animal advocacy as both a Podcaster and Blogger for a very long time. We are proud to be a part of this campaign to help animals enjoy a longer and more healthy life

Both podcasting and infectious diseases such as MRSA (Methicillin-resistant Staphylococcus aureus) are on the rise. MRSA, sometimes referred to as the SUPERBUG, kills around 5,000 human patients a year. It affects both humans and animals, with humans being the carriers who transfer it to animals.

Staphylococcus is one of many natural bacteria with which we all live, but the problem occurs when this strain of staph known as MRSA gets into the bloodstream through broken skin or a cut. It then weakens the immune system and can be fatal, as in the case of Bella, the dog for whom the Bella Moss Foundation (http://www.thebellamossfoundation.com ) is named. Bella died from complications of MRSA contracted during a routine knee surgery.

During the International Podcasting Expo’s Podcasting Marathon, the hosts from Animal Talk Naturally! (http://www.AnimalTalkNaturally.com), Kim Bloomer and Jeannie Thomason, have invited Jill Moss, Founder of the Bella Moss Foundation and former television actress in the UK, to participate in a live, online podcast. Listeners can attend and ask questions, as well as share their own pet stories. Moss will be discussing the mission of the Foundation, which is to educate pet owners on the dangers of MRSA in pets, how to protect their pets, and the need to bring uniform change to veterinary protocol.

The International Podcasting Expo (http://www.InternationalPodcastingExpo.com) is generously donating all proceeds from the Animal Talk, Naturally! ticket booth to The Bella Moss Foundation. In addition, all sponsorship proceeds for the Animal Expo Hall will also go to the Bella Moss Foundation. "I'm flabbergasted at the generosity of the International Podcasting Expo," stated a joyful Moss. "We're just happy to be part of the solution, which is what Animal Talk, Naturally! is all about!" commented Bloomer. "Podcasting has given us a great voice for the animals, and the Expo is giving us the opportunity to do this in a much more magnanimous way."

“Kim Bloomer has been involved in holistic health care and animal advocacy as both a Podcaster and Blogger for a very long time. We are proud to be a part of this campaign to help animals enjoy a longer and more healthy life,” states Penny Haynes of 1st Podcast Publishing, expo organizer. To participate in this live online podcast, and to become an Exhibitor or Sponsor at the International Podcasting Expo (April 21-23, 2006), go to the Animal Talk, Naturally! virtual ticket booth.

PRWeb is the Official Newswire of the International Podcasting Expo, April 21 - 23, 2006.