Publisher Sees Only One Way to Stop War on Iraq, Iran: Thru 9/11 Truth

Organizers said over 300,000 attended Saturday's anti-war march in NYC. The idea for the April 29 protest came from NY911Truth.org, who also leafleted last week's premiere of the war party-line docudrama United 93.

"Anti-war protests are ideal for spreading 9/11 Truth," said Progressive Press publisher John Leonard. "9/11 is trump. With the myth, no chance for peace. Imagine reaching 300,000 people at once with our message." He has a new activist button at http://www.waronfreedom.org/button.html, with 911 writ as "?!!" and the motto, "Question the Official 9/11 Conspiracy Theory."

Progressive Press publishes the radical 9/11 best-seller, W. G. Tarpley's "9/11 Synthetic Terror: Made in USA." Leonard says the Moussaoui trial validated Tarpley's work enormously: "Nobody could cut through the layers of greasepaint on this victim without the analytical power tools of Tarpley's patsy and mole framework."

Lee Harvey Oswald's desperate cry, "I'm just a patsy," once shattered the corporate media taboo on this spy-world term. Leonard adds psychological depth to it in "Moussaoui: Mad Patsy Playing for the Prosecution," at http://www.waronfreedom.org/press/moussaoui-poor-patsy.html.

Leonard thinks the "war party" took a huge risk in blowing up the WTC, but not an irrational one. "To trump them, we need aces. Even if you show they let 9/11 happen, if you admit there really were Arab hijackers, they can take that, and you lose. The average Joe figures, we were attacked, we had to attack back. You have to show him 9/11 was an inside job from A to Z. Do that, and we win really big. Not just on Iraq and Iran, but over the whole political landscape."

The stakes seem high enough that Leonard wonders if this is why the corporate-owned chain bookstores refuse to carry "9/11 Synthetic Terror," in spite of strong Amazon sales. It's the first book to go beyond the deduction that insiders had to demolish the towers, and describe the elites behind it.

Tarpley is inviting other 9/11 authors on his World Crisis Radio talk shows, which are archived at http://mp3.rbnlive.com/Tarpley06.html. Some rough transcripts are at http://www.waronfreedom.org/tarpley/rbn/.

On April 22 Tarpley hosted the great pioneer Thierry Meyssan, president of the Voltaire Network. Meyssan told how his 9/11 books came about. He had assembled a team of specialists in ballistics, architecture and so on to look into differing reports on the Pentagon explosion and fire. Suddenly they were saying to each other: "But where is the plane?" Meyssan's "The Big Lie" set all-time sales records in France, but never got the reception it deserves in the US.

Yesterday Webster Tarpley hosted Maurizio Blondet, the Italian author of "September 11: Coup d'Etat in the USA." Tarpley was a Fulbright scholar in Turin, and his first book was in Italian; it showed the Red Brigades were covert NATO psy-war terror assets. With Wisnewski and von Buelow, we have heard an international panel of leading authors from the school of 9/11 as inside job (dubbed "MIHOP" or "Make It Happen On Purpose" by researcher Nico Haupt).

Blondet noted the anthrax case was a key part of the 9/11 coup d'etat in the USA, which terrorized Congress and people outside large cities. He told how insider palace revolutions in the US operate by capturing the president -- as laid out in "Coup d'État : A Practical Handbook" by neo-con defense intellectual Edward Luttwak! Blondet also sees dual-citizenship neo-cons like Wolfowitz hijacking America to hammer Israel's enemies.

What do 9/11 and the current rash of anti-immigrant demagogy have in common? That's easy: the fabrication of enemy images to evil ends. But why the hex on Mex?

In "Welcome to Mexiphobia, Amigo: or, Why Did the Melting Pot Call the Immigrant Kettle Black?" Leonard speculates the terror button is getting tired and "the junta" need a fresh issue for their "strategy of tension" -- among a range of sinister possibilities. http://www.waronfreedom.org/press/mexifobia.html.

It's not Cinco de Mayo, but a lot is happening on May 3rd:

And on June 2nd to 4th, 911Truth.org is scheduling the largest 9/11 Truth convocation yet this year in Chicago.

Front cover of 9/11 Synthetic Terror: Made in USABest-selling and most radical 9/11 book of 2006, and our only hope to stop endless war.

The String-Pullers are the Financier Elite. Chart showing how the fake terror business drives politics and maintains inequality. From 9/11 Synthetic Terror: Made in USA 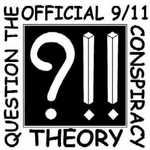 New 2x2" Buttons, Perfect conversation starter $1 each, 100 for $50 / On sale at www.waronfreedom.org/button.html.

Self-Test Part II. WTC Twin Tower exploding upward and outward. 9/11 Commission blames collapse on gravity, but doesn't explain why debris shot sideways and up. Is that possible? What fits the picture better - blaming Osama, or an inside job?