Andy Kim has sold millions of records, but most people are under the impression he sold mere hundreds of thousands. The reason is simple. Although Kim had many hits under his own name (“How’d We Ever Get This Way,” “Baby I Love You,” “Rock Me Gently” and “So Good Together,” to name a few), he co-wrote (with Jeff Barry) the Archies’ mega-hit “Sugar Sugar,” which sold 6 million 45 RPM units. Ron Dante provided the magic voice. Yet the fans never saw the scaffolding behind the scenes. The Archies, after all, consisted of Archie, Jughead, Reggie, Betty and Veronica, right?

Collectors’ Choice Music on July 18 will re-release four Andy Kim LPs via two loaded CDs: How’d We Ever Get This Way mates with Rainbow Ride to document Kim’s 1968-69 output, while Baby I Love You is conjoined with the eponymous Andy Kim. All albums except for Andy Kim (which was on Uni Records) were originally released on Steed Records, which was founded in 1967 by songwriter/producer Barry as a division of Jeff Barry Enterprises. Distribution was through Dot Records. It was another era, to be sure.

Andy Kim, the man with the magic pipes, was born Andre Youakim in Montreal and at age 16 arrived in New York, where he played a song for his Brill Building hero Jeff Barry. Thus began one of the most successful songwriting partnerships of the late ‘60s and early ‘70s, which in turn led to Kim’s hit singles and albums for Steed, which are widely regarded as the last, glorious gasp of the Brill Building sound.

After Steed rode off into the sunset, Kim signed with Capitol Records and released one more hit, “Rock Me Gently” (1974), but by then the landscape of pop music had changed. And the magic he had captured with Jeff Barry at Steed was not to be surpassed. In the ‘80s, he re-emerged as Baron Longfellow with two enigmatic albums. But when we think of Andy Kim, we prefer to look back to the classic era of the 45 RPM record, the final but still vital days of the Brill Building, and of course a double dosage of sugar.

Collectors’ Choice Music is the world’s leading source for reissues, with a mail-order catalog, a website, a record label and a distributor all dedicated to bringing consumers music of the past, music that is increasingly underrepresented at retail. The company’s mail order catalog circulates about 5 million copies a year, while the website ( http://www.collectorschoicemusic.com ) is the only full-service website dedicated to oldies. The Collectors’ Choice Music label consists of over 600 titles licensed from all the major labels and across all genres. Artists on the label include Sammy Davis Jr., the Electric Prunes, Stonewall Jackson, the Kingston Trio, the Four Freshmen, Dean Martin, Bobby Darin, the dB’s and the Incredible String Band. And, finally, these releases are taken to retail via the company’s Hep Cat distribution arm and via Navarre Corporation. 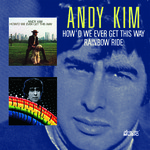 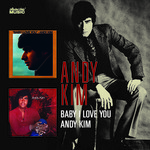