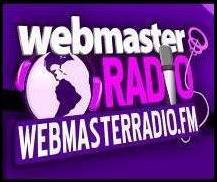 The Hook with Katie Kempner

Until June 14th, "CoverStory" will be broadcasting the Silver Anvil Series, highlighting some of the 101 finalists selected from the 754 entries in the Public Relations Society of America’s (PRSA) 2006 Silver Anvil Awards.

Mr. McClennan discussed the Silver Anvil finalist campaigns for CheckFree, Peppercoin and I4 Commerce. Special guest Heather Fields, marketing/PR manager for I4 Commerce, joined Mr. McClennan for the last portion of the show to discuss the Bill Me Later campaign.

WebmasterRadio.FM strives to lift the "veiled curtain" of the Internet to bring the business community together through an interactive radio network. Its listeners are a global group comprised of everyone from corporate executives and decision makers to individuals who work for themselves, small and mid-sized businesses to those just starting out. The WebmasterRadio.FM listening audience has a vast appeal to anyone looking to learn industry-specific information from the most successful marketers and technology experts in the world. These Internet "influencers" create, learn and listen in a true community destination.

About the Public Relations Society of America (PRSA)

The Public Relations Society of America (http://www.prsa.org), based in New York City, is the world’s largest organization for public relations professionals. The Society has more than 29,000 professional and student members. PRSA is organized into 112 Chapters nationwide, 19 Professional Interest Sections, along with Affinity Groups, which represent business and industry, counseling firms, independent practitioners, military, government, associations, hospitals, schools, professional services firms and nonprofit organizations. The Public Relations Student Society of America (PRSSA) has 272 Chapters at colleges and universities throughout the United States.

This press release distributed by PRWeb, the official newswire and Online Visibility Company™ of WebmasterRadio.FM.