The murder is a true-crime story that remains a mystery to this day -- more mystifying than Lizzie Borden and more intriguing than Jack the Ripper. 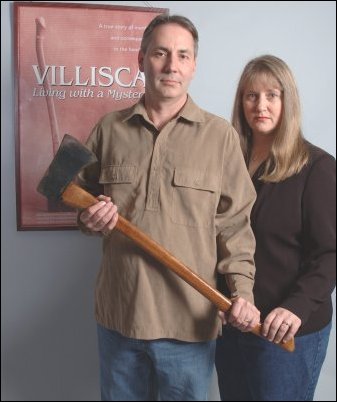 Villisca: Living with a Mystery

What happens when murder visits a small town and remains a mystery? After over 14 months in theaters in 52 cities, the award-winning and critically-acclaimed independent documentary film “Villisca: Living with a Mystery” will be released nationally on DVD on October 24, 2006 through Passion River Films.

When an entire family was murdered on a June evening in 1912, a small Midwestern town spiraled into chaos and division. The still-unsolved axe murder mystery made national headlines, built and ruined political careers, created a lasting community split over the guilt or innocence of a local State Senator, and produced three sensational trials.

With the axe murder house a museum, and ongoing interest from media producers and paranormal enthusiasts, some think the murder is still haunting Villisca today. The filmmakers gained the support and cooperation of Villisca residents and relatives of the axe murder victims. Several gave interviews and attended the film’s premiere where nearly 2000 people saw the film in just five days.

"Villisca" went on to screen to enthusiastic audiences in theaters in 52 cities where it successfully competed with, and often exceeded, the box office receipts of its well-heeled Hollywood rivals. The independent documentary film also qualified for the 2005 Academy Award® competition in the documentary feature category.

The Rundles reside in Los Angeles, California where they are the owners of Fourth Wall Films, an independent film and video production company.