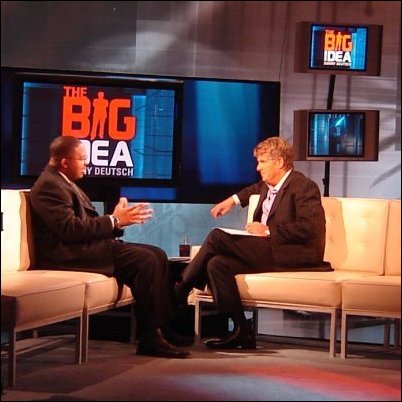 Mr. Taylor was in New York serving as panelist for the 10th Annual Wall Street Economic Summit when asked to appear on the show. He recently signed a $50,000,000 equity line with The Lucian Group of Rochester, NY. Principles of Lucien were in the audience during the filming of the show. City Capital is actively engaged in expanding its scope of investments, creating economically-sound, socially-conscious investments that give back to local communities, and creating affordable housing for working class families nationwide.

At 24 years old, Mr. Taylor is the youngest African American CEO of any public company in history. Taylor, along with Mr. Gray (age 22) and Mr. Johnson (age 22), represent young entrepreneurial millionaires and role models for millions of young Americans. Beginning at age 12 with a software company, by 17 Mr. Taylor built a national company to over $3.5 million value.

Taylor's concepts on empowering local communities with socially-conscious investing and development earned him the distinguished 2002 Kansas Young Entrepreneur of the Year Award, and form the core principles of City Capital. Today, Taylor's concepts have resulted in two public companies (City Capital Corporation (OTCBB:CCCN) and AmoroCorp (OTCBB:AORO) Taylor serves as CEO of both.

"Before the show the three of us were talking and we all agreed it's not rocket science. For me, as for many entrepreneurs, the opportunities and their solutions are often obvious. So many people think going into business is so overwhelming. I think many times financial considerations seem overwhelming, but there is a more than ample availability of funding for valid projects today. Our $50 Million line with Lucien will help us to accelerate what we have already been doing for several years: leveraging investments, holdings and other assets to build value for investors and shareholders, while creating positive change in communities nationwide."

City Capital Corporation (OTC:CCCN) is engaged in leveraging investments, holdings and other assets to create self-sufficiency for communities around the country and the world. City Capital currently manages diverse assets and holdings including real estate developments, such as the Kansas City (Missouri) Historic Jazz District redevelopment, oil and gas, and more. 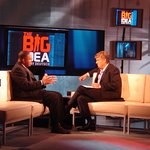