Payless Pipes and Payless Cigars, located in New Orleans, have expanded their ecommerce stores after Hurricane Katrina by adding new Dunhill pipes and lighters to their pipe store and a large selection of cigars including rare and hard to find cigars to their Payless Cigars store. 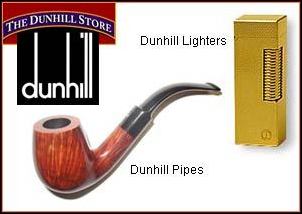 After Hurricane Katrina, we were down for 3 months. We took this time to revamp our pipe and cigar stores, allowing us to offer our customers one of the largest selections of name brand pipes and cigars available on the market today. Pipes include Dunhill, Meerschaum, Savinelli, Comoy, Peterson and more.

"After Hurricane Katrina, we were down for 3 months. We took this time to revamp our pipe and cigar stores, allowing us to offer our customers one of the largest selections of name brand pipes and cigars available on the market today. Pipes include Dunhill, Meerschaum, Savinelli, Comoy, Peterson and more.", says Bob Winston, president of Payless Pipes and Payless Cigars.

Other popular pipes include:

Payless Pipes also offers a large selection of pipe tobacco that can be purchased in bulk.

Hard to Find Cigars
Certain cigars such as Mancundo Gold and Punch Rare Corojo are grown in limited quantities. These manufacturers only release their products once a year. Payless Cigars has made sure to have enough of these hard to find cigars in stock to satisfy their customers all year round. Hard to find cigars such as Arturo Fuente and Padron are almost always available at Payless Cigars.

Mancundo Gold Cigars
Simply the most popular premium cigars in America, Macanudos are made with Connecticut Shade wrappers and aged for a minimum of three years. The binders are from Mexico and the fillers come from the Dominican Republic, Jamaica and Mexico.

Arturo Fuente Cigars
Senor Fuente began growing and processing tobacco at the end of the 19th century and created his own premium cigars in 1912. Today, his son and grandson carry on the tradition with a medium to full-bodied tasting line of celebrated cigars. Their Hemingway line is aged for 140 days, and is a fine, mellow smoke.

Padron Cigars
Cuban seed tobaccos are used exclusively in the production of these fine cigars. The Padron family's cigar-making heritage proudly dates back to 1853. Medium-to-full-bodied, these handmade cigars are made in factories in Honduras and Nicaragua.

Personalized Cigars
Another innovative idea are personalized cigars. Payless Cigars even has cigars with your name on them. These make great gifts and are perfect for handouts for special events and occasions. There are only certain brands that are available for personalization. These brands are Excalibur, Excalibur 1066, Hoyo de Monterrey and Punch.

Flavored Cigars
With the upsurge in the popularity of cigars, a new category of cigars was created. These are the flavored cigars. These cigars are aged with a flavoring, such as Rum, Vanilla, Amaretto or other exotic flavorings. Fast becoming a popular cigar style, they give a mild smoke and a pleasant taste and aroma. Payless Cigars has selected the best of the flavored cigars for customers to select from.

Humidors
What's a cigar without a humidor to keep your cigars fresh. The rewards of a fresh cigar is one of life's simple pleasures. Payless Cigars offers high gloss burled humidors made of cherrywood, rosewood or maple. They even come in leather and make great gifts as well

Steals-n-Deals Newsletter
The Payless Cigars Steals-n-Deals is published every month by Payless Cigars, a premium cigar tobacconist whose roots go back to 1974 in New Orleans, LA. The newsletter was copyrighted in 2007 and offers excellent information for the cigar enthusiast.

For more information about cigars and pipes, visit the Payless Pipes and Payless Cigars websites.