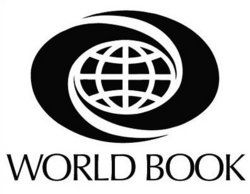 So, whether it's conducting research for a school assignment or just to learn more about the world around them, World Book continues to be the source for individuals seeking authoritative and factual information.

With more than 3,800 expert contributors ensuring articles are accurate and reflect current scholarship, the newly released 2008 edition of The World Book Encyclopedia includes thousands of new and revised articles across all disciplines, from the arts and science to politics and religion.

Recognized as a 'fascinating read' by Reference & Research Book News, the 22 volumes of The World Book Encyclopedia include expanded coverage of both the Democratic and Republican parties, as well as new entries on presidential hopefuls Rudolph Giuliani and Mitt Romney, which join existing biographies of other candidates.

Other updates include new articles on the dwarf planet Eris, the Black Death, ethanol, Google, and video art as well as the film series Star Wars. Also included are expanded maps of Beijing, including sites for the 2008 summer Olympic Games.

The World Book Encyclopedia for 2008 is available in a new spinescape binding - World Book's innovative multi-volume book spine design. The Global City spinescape, chosen based on the voting of more than 50,000 book lovers earlier this year, combines images of world cities to illustrate that, for the first time in history, the majority of people on the planet now live in cities.

The World Book Web, World Book's suite of online publications, includes all the articles in the print edition as well as thousands more from World Book's renowned contributors and access to additional resources, including an online atlas, pop-up dictionary, student activities, multimedia resources, and editor-selected Web sites for additional exploration along with teacher resources and curriculum correlations for educators.

"Students, parents, and educators rely on World Book because they know it contains the information they need, created by experts on the topics covered, and verified and refined by editorial professionals that are focused on ensuring information is presented clearly and at the appropriate level," said Paul Gazzolo, president of World Book. "So, whether it's conducting research for a school assignment or just to learn more about the world around them, World Book continues to be the source for individuals seeking authoritative and factual information."

World Book, Inc. sets the standard in publishing accurate, current, and reliable reference and learning materials for children and adults. Based in Chicago, World Book is committed to creating educational products that meet the highest standards of editorial excellence in print and online. This commitment has resulted in a wide range of products including the number-one selling The World Book Encyclopedia, and such leading digital products as the World Book Online Reference Center, World Book Kids, and the recently-launched World Book Advanced. World Book (http://www.worldbook.com) is a Scott Fetzer company, a subsidiary of Berkshire Hathaway, Inc.