Tom Nicoli, an internationally recognized weight loss expert and board certified hypnotist, is honored by the online magazine Pnosis for his contributions to the world of professional hypnotism. 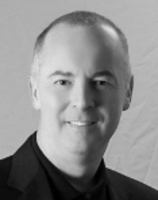 Tom Nicoli is one of the most articulate and interesting speakers around on the subject of hypnosis. So it is not surprising that he has been called upon by journalists and TV producers to help raise public awareness on the subject. He speaks clearly, compellingly and with authority.

Pnosis, an online magazine for the general public about the topics of hypnotism and hypnotists, and the publisher of the EnTrance Me newsletter, has honored Tom Nicoli with the title of 'Visionary'. As the magazine's sole recipient of this unique designation, Tom Nicoli joins the ranks of only five other individuals recognized by Pnosis for extraordinary contributions to the field of professional hypnotism.

The honor acknowledges Tom Nicoli's international acclaim in the field of hypnosis, much of which has come as a weight loss expert and leader in weight loss hypnosis. Tom Nicoli has also earned global recognition for his programs that help people attract wealth, build their public speaking confidence, and his highly successful quit smoking hypnosis program.

Tom Nicoli says, "I am very honored to be recognized by Pnosis. Weight loss hypnosis and quit smoking hypnosis programs have helped thousands of people reclaim their health and longevity. I am grateful for any contributions I can make to educate and inspire people to learn how hypnosis works and claim its remarkable benefits."

Pnosis praises Tom Nicoli for his service to the industry and his personal integrity saying, "Tom Nicoli exemplifies the kind of integrity which the hypnosis profession needs consistently to achieve if it is to achieve the same respect as physicians and lawyers."

Tom Nicoli gained international attention as a weight loss expert when NBC's Dateline followed the success of a Boston pastry chef who used Nicoli's weight loss hypnosis program to reach his target weight. As noted on Pnosis.com, Harvard Medical School describes Tom as an expert in his field, who has opened the minds of many medical school students to the possibility of the mind-body connection.

Ralph Benko, publisher and editor of Pnosis.com says, "Tom Nicoli is one of the most articulate and interesting speakers around on the subject of hypnosis. So it is not surprising that he has been called upon by journalists and TV producers to help raise public awareness on the subject. He speaks clearly, compellingly and with authority."

Recognition of Tom Nicoli as a Visionary goes beyond his weight loss hypnosis and quit smoking hypnosis programs and acknowledges his tireless hours as the founder of World Hypnotism Day. This annual event, developed to help more people understand how hypnosis works, creates a high visibility venue for hundreds of professional hypnotists in dozens of nations. World Hypnotism Day raises public awareness to the true facts behind the profession.

Pnosis.com has had thousands of unique visitors and readers representing 79 countries since it commenced publication in July 2007.

About Tom Nicoli, BCH, CI, OB
In addition to being a board certified hypnotist, published author, public speaker, member of the National Guild of Hypnotists Advisory Board and founder of the New England Institute of Hypnosis, Tom Nicoli is the founder of World Hypnotism Day. He is available for media interviews at 617-605-0443.