A new social media web site has launched to educate and inform the world about the existence of zombies. LostZombies.com provides a platform for individuals to share videos, photos and other proof of zombie encounters. Once enough material has been gathered, Lost Zombies will use the information to create an educational, community-generated documentary on the subject. 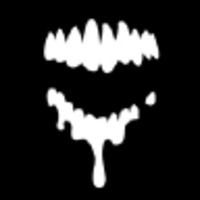 It's time for the world to wake up to a harsh reality - zombies are real. This site was created as a tool for individuals to post worldwide evidence of zombie attacks and outbreaks

LostZombies.com, a social media site dedicated to gathering definitive proof that zombies exist, announces its recent launch. Zombie videos, photos, reenactments and other submissions will be used to create a community-generated documentary to educate the public about the reality of zombies and a potential, if not imminent, zombie apocalypse.

"It's time for the world to wake up to a harsh reality - zombies are real. This site was created as a tool for individuals to post worldwide evidence of zombie attacks and outbreaks," says Skot Leach of Lost Zombies. "The content gathered by Lost Zombies members will be used to create the definitive documentary on zombies, which will help educate and inform the general public about this very real danger."

Individuals who wish to share their evidence can become members of Lost Zombies by creating a free account. Members can also chat, comment on other users' evidence and discuss zombie outbreaks from around the world.

Users can share information by adding submissions to an outbreak or creating an outbreak if one has not been previously reported. By creating or adding content to an outbreak, users are not only potentially saving lives, but contributing to the movement dedicated to revealing zombies as fact, not fiction. All content submissions to Lost Zombies must be zombie-related.

Since its launch only a few weeks ago, Lost Zombies members have reported outbreaks in places such as New York City, Memphis, Atlanta, Northern California and Northern Wisconsin. Sightings have also been reported in locations around the world, including London, Copenhagen and Toronto.

For more information about Lost Zombies, zombie outbreaks or the site's mission to create a community-generated documentary, visit http://www.LostZombies.com.