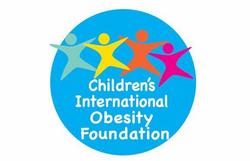 As we set out to look at the causes of obesity in our film,

As the saturation of Americans who are overweight is projected to reach nearly 100 percent by 2040, and with 30 to 40 percent of today's children projected to develop diet-related diabetes in their lifetimes, leading child obesity advocates denounce Michael Phelps' endorsement of Kellogg's Frosted Flakes Cereal, which was quickly followed by his acceptance as being named a McDonald's Ambassador. They implore the Olympic gold medalist and swimming phenom to reject offers to promote junk food. As a role model and Olympic hero to America's children, Michael Phelps--and all athletes and celebrities--are asked to reconsider any connection to substances suspected as agents of obesity including sugary cereals, soft drinks, and other foods with refined carbohydrates, saturated fats, transfats, and high fructose corn syrup.

"Public figures like Michael Phelps exert a major influence over our youngsters," said Douglas Castle, Senior Advisor to Children's International Obesity Foundation(CIOF). "Mr. Phelps is a superior athlete by any measure, but his judgment regarding the McDonald's and Kellogg's Frosted Flakes endorsements was either 1) ill-advised by his handlers; 2) the irrational product of too much blood sugar; or 3) a sad triumph of greed over good. CIOF believes that celebrities should think twice before choosing to endorse or encourage the consumption of any product which is inherently unhealthful to children, especially if that product is correlated to obesity, diabetes, and a myriad of dangerous conditions."

"Octagon Sports Agent Peter Carlisle is making a strategic branding mistake by aligning Michael Phelps to Kellogg's Frosted Flakes and McDonald's. In this era of escalating child obesity and diabetes, the last association Michael Phelps wants is that of 'junk food pusher'," said MeMe Roth of National Action Against Obesity (NAAO) and the Children's International Obesity Foundation. "While Michael Phelps may consume thousands of calories a day and burn them off through Olympic training, America's kids aren't so lucky--they're fat, sickly, and have little hope of accomplishing a single sit-up much less Olympic Gold. Kids are watching, and Michael Phelps' going for the quick cash of pushing junk food at the expense of children tarnishes his image similar to an association with cigarettes or alcohol would. National Action Against Obesity and the Children's International Obesity Foundation implore Michael Phelps, and all celebrities and athletes, to reject offers to push more sugar, fat, and hazardous calories onto America's kids."

The Children's International Obesity Foundation recently endorsed the controversial obesity documentary "Killer at Large" as a film that reveals the true story behind the many hidden causes of America's obesity epidemic. CIOF is working with the filmmakers on a November fundraiser screening and obesity awareness gala in New York City.

"As we set out to look at the causes of obesity in our film, "Killer at Large", we found that one of the most prevalent contributors to childhood obesity is the overwhelming amount of advertising directed at our nation's youth that confuses unhealthy food with messages of wellness. Michael Phelps' endorsement will undoubtedly influence more children to nag their parents for products that endanger their health so that they can go home, consume these products, and gain weight instead of becoming gold medalists," insisted "Killer at Large" producer Bryan Young. "This is unconscionable and we hope that Michael Phelps reconsiders his endorsement contracts."

As for Kellogg's, such sugar-laden brands are struggling with their images so they are investing marketing dollars in "exercise." Telling children to exercise rather than eat right takes the spotlight off Kellogg's role in promoting empty calories for kid consumption. For example, Frosted Flakes funds little league baseball, track clubs like "Girls on the Run", and the America Youth Soccer Organization--America's largest youth soccer league.

While the practice of celebrities inducing children to consume junk food is illegal in many countries, it's left to industry self-regulation in the U.S. Kellogg's recent promise to stop marketing junk food to the under-12 set has gaping loopholes allowing them to push sugary cereals such as Frosted Flakes onto unsuspecting children. The nutrition label reveals scant fiber and protein, yet 12 grams of sugar (equal to three teaspoons), for a modest three-quarter cup of Michael Phelps-emblazoned Frosted Flakes. "That's no breakfast of champions," said Roth.

The activists behind this stand against celebrity endorsements of unhealthful foods have two main goals for 2008: 1) Draw attention to the need for daycare centers to be 100 percent junk food free, "because children under five deserve environments full of healthy options, not marketing venues for junk food producers," added Castle. 2) Urge parents and restaurants to refrain from serving soft drinks to children. Soft drinks, along with some sports and energy drinks, are linked to obesity and diabetes, along with tooth decay, concentration problems, and osteoporosis.

On a larger scale, NAAO has 3 main goals: Expelling junk food from schools; eliminating obesity- and disease-accelerating substances from the food supply; and breaking the obesity cycle, while encouraging exercise across all ages.

For more information, please click on these links to visit these Web sites:
Action Against Obesity, MeMe Roth, "Killer at Large"

About the Children's International Obesity Foundation: CIOF is an approved IRS section 501(c)(3) not-for-profit public foundation and charity, whose international mission is to eliminate dangerous overweight and obesity in children and teens through prediction, prevention, support, and treatment. Each year, health complications caused by overweight and obesity in children and teens are responsible for a steadily increasing mortality statistic. CIOF notes that this is the first generation of children in the United States of America not expected to live as long as their parents. To learn more about this problem and what you can do to help, visit http://www.ciofoundation.org