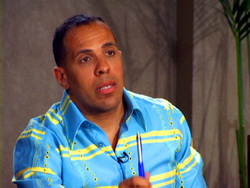 The utter disrespect in failing to issue the 2007 Proclamation, even retroactively, is a slap in the face to black people. But then to essentially say 'oops', my bad, it's no big deal, I think shocks the conscience of all people, not to mention undermining the integrity of law.

Jazz musician and America's Hot Musician judge Gregory Charles Royal, who filed a federal lawsuit against Alaska Governor Sarah Palin earlier this month for allegedly violating the law by failing to issue a 2007 Juneteenth Proclamation, will seek class action status in the case. This means that the complaint, which would be amended by counsel and transferred to a US District Court in Alaska, would put Governor Palin and widely reported allegations of racial insensitivity, back in the national spotlight.

Juneteenth, a holiday observance which celebrates the freeing of the last remaining slaves in Galveston, Texas on June 19, 1865, has been adopted in 29 states and was signed into law in Alaska in 2001. The bill known as HB 100 specifies that the "governor shall issue a proclamation observing the day."

The civil rights complaint for injunction and other "equitable relief" filed in the US District Court for the District of Columbia (case no. 1:09-cv-00428), stems from a prior complaint with the Alaska Personnel Board for the same allegations under the Alaska Ethics Act. According to documents, the board could not take action under the ACT citing such allegations were not due to personal or monetary gain. The complaint also stems from a press conference held at the National Press Club in Washington, DC on October 7, 2008 by Royal who claimed Palin made a racially disparaging comment to him back in 1990 while touring Alaska with the Duke Ellington Orchestra. During that press conference, several representatives of the Juneteenth celebration, including chairman Myers, spoke to reporters about their concerns regarding Governor Palin's race relations in Alaska.

However, Governor Palin's office has pushed back in an email response to Royal's lawsuit stating that though the failure was a clerical oversight, she is "not aware of any "great distress" in the African-American community of Alaska", and that, "except for those few of you involved in the mudslinging campaign last fall," she is not aware this matter "was ever commented upon by anybody".

"I know there are many Alaskans who would differ and this is precisely why class action status is warranted here", says Royal. "The utter disrespect in failing to issue the 2007 Proclamation, even retroactively, is a slap in the face to black people. But then to essentially say 'oops', my bad, it's no big deal, I think shocks the conscience of all people, not to mention undermining the integrity of law."

Still, some Alaskans hope that chairman Myers will be successful in his efforts to meet and reconcile with Governor Palin, including Bishop Dave Thomas, Pastor of Jesus Holy Temple in Anchorage and the Alaska Representative of NJCLC. Bishop Thomas will be hosting Dr. Myers to speak at the Alaska Juneteenth Conference May 22-24 in Anchorage. Citizens from the lower 48 states will also attend. "Dr. Myers will be bringing a message of Biblical reconciliation and healing from the legacy of enslavement that we pray Gov. Palin will be open to hearing because we need racial healing in Alaska", says Thomas.

Royal said, "If anyone can fix this and avoid a legal battle, I believe it is Reverend Myers. But I fear that instead of taking the few simple steps to make this emancipation day whole, Palin will opt to spend tens of thousands of dollars to pursue legal arguments. I hope I am wrong."