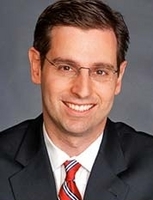 It's a bittersweet victory. I'm happy we won, but we had to fight for it. I'm grateful to my attorney who fought hard for me and my family.

New York City Sanitation Worker Carl Gambino recently won a verdict of $2,693,002 after trial for work-related injuries. Mr. Strier's firm successfully represented Mr. Gambino who injured his knees and back when he slipped and fell on hoist oil leaking from a broken truck in his garage. Prior to trial, the City of New York offered $500,000 to settle. This offer was rejected, and a jury returned a verdict in Mr. Gambino's favor of $5.1 million. The judge found that the award was excessive, and reduced it to approximately $2.7 million (Case Ref: NY Supreme Court Kings County, Index No. 21878/97).

On appeal, the City claimed that sanitation workers should expect to encounter oil on garage floors, and that it was not negligent in this case. The Appellate Division rejected this argument, and found that sanitation workers are entitled to be provided with a safe workplace. The Court of Appeals denied the City's attempt to appeal the order. With interest, he is receiving over $3.3 million.

In a separate case, another sanitation worker obtained a settlement of $1,000,000 from the City of New York for work-related injuries. Personal injury attorney Todd J. Strier, Esq. successfully represented the sanitation worker who was seriously injured while walking in a poorly lit parking lot outside a NYC Department of Sanitation garage.

He was caused to fall into an unguarded hole and fractured his hip and retired early. The lights in the area of the hole were not working and the hole had been an ongoing problem the City failed to fix. The matter settled after jury selection for $1,000,000 (Case Ref: NY Supreme Court, Queens County, Index No. 22262/06).

Mr. Strier was also successful in helping his client to obtain a three-quarter tax-free Accident Disability Pension from NYCERS. The client stated: "It's a bittersweet victory. I'm happy we won, but we had to fight for it. I'm grateful to my attorney who fought hard for me and my family."

Todd J. Strier is a senior attorney specializing in personal injury and civil service cases. Mr. Strier has built a reputation in New York as an aggressive and successful personal injury and civil service attorney, working hard to protect the his clients' interests. As a senior attorney at the New York firm Kelner & Kelner, Mr. Strier has spent years building valued relationships with New York City municipal unions and organizations including the Department of Sanitation's Local 831, 444, and 246, the NYC Police Department and NYC Fire Department Local 2507 (EMTs, Paramedics and Fire Inspectors).