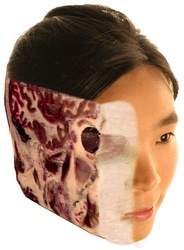 The National Transportation Safety Board determined that the captain of that flight, due to his use of monovision contact lenses, was unable to overcome his misperception of the airplane's position relative to the runway during the visual portion of the approach

James Cameron's epic new 3D movie Avatar, expected in theaters this Winter, has a mountain of press expectations to climb. The movie is widely rumored to be so forward-thinking that it may change the way we experience movies altogether - and Greg Passmore, president of PassmoreLab in San Diego thinks he knows why.

Responding to a recent NY Times article about Avatar, where behavioral neurologists commented that Mr. Cameron's work could tap brain systems that are undisturbed by conventional 2D movies, Greg Passmore, a 3D film producer himself, smiles.

"It's never been done before on this scale," says Passmore. "And the effect could be mind-blowing."

Passmore and his team designed a powerful volume renderer for use in seismic exploration and then adapted it for neurology. He became interested in volumetric rendering while working at a neurology clinic in the 1970s while struggling with the crude EEG devices of the time. Over the years, his visualization tools have been used for brain mapping, which reveals what portions of our brains are consuming resources while processing occurs. Over thirty years in the industry and the examination of thousands of case studies have given Passmore a unique perspective.

"The tools are here now. By comparison, good 3D filmmaking, by design, should provide more memorable movies. And I believe this is exactly what James Cameron is trying to pioneer with Avatar," explains Passmore. "Stereoptic film provides a greater sensation of physical presence and thus stimulates autonomic arousal of risk, provoking emotion and thus memory tagging the event."

PassmoreLab has a medical division that has long been involved in volumetric imaging using Functional positron emission tomography.

"Datasets supplied by our customers have allowed us to see, in vivo, the spatial processing of the human brain," says Passmore. "Although part of our spatial cognition is derived from time-based vestibular sensations, it appears that much of our environmental awareness comes from constructing large scale models of our world. The additional input of stereopsis can provide for more efficient building of these models, especially in spaces close to the viewer, by revealing partial occlusions invisible to monocular vision. These differential occlusions presumably help internal model construction."

A lack of stereopsis can have real world impact, such as the 1996 Delta Flight 554 crash at New York's LaGuardia Airport, which was caused by inadequate depth awareness due to reduced stereopsis.

"The National Transportation Safety Board determined that the captain of that flight, due to his use of monovision contact lenses, was unable to overcome his misperception of the airplane's position relative to the runway during the visual portion of the approach," continues Passmore. "Hence, the aircraft descended below the visual glidepath and collided with terrain on approach."

Tests conducted at PassmoreLab in driving simulators support this contention.

"With the experience being less passive, the body responds with greater anxiety and the memory becomes more permanent in nature," says Passmore. "Our emotions are heightened by perceived risk, and our memory becomes tagged by the event. These laws can, in all likelihood, be applied to filmmaking -- drawing the audience into the action -- and creating the environmental awareness. I can't wait to see what he has done with Avatar."