Leblon Caipi-Hour celebrations to be held in Rio de Janeiro, New York, Hollywood, Paris, and 10 other cities throughout October. 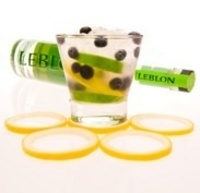 Leblon Cachaça announced today a global celebration of Rio de Janeiro winning the 2016 Olympics bid with multi-city Caipi-Hours, and the creation of a new delicious Caipirinha: the Lemon, Lime, and Blue Caipirinha.

The recipe will appear at multi-city Caipi-Hours throughout October, including Rio de Janeiro, New York, Hollywood, Paris, London, Boston, Dallas, Miami, San Francisco, Las Vegas, Bangkok, Sao Paulo, Lisbon, and of course, Chicago, which will be presented with a special Chi-town Consolation Caipirinha: Blackberries and Honey with a sprig of mint.

The Lemon Lime and Blue Caipirinha

Add 2 teaspoons of superfine sugar, or 1 ounce of simple syrup.

For Chicago, a special 'Chi-Town Consolation Caipirinha' will be served: a Blackberry and Honey Caipirinha with a sprig of mint.

Gently muddle for 10-15 seconds, extracting the juice from the blackberries and lime.

Shake or stir well to thoroughly combine all ingredients

Garnish with a mint sprig

"The Caipirinha is Brazil's National Cocktail, and it's become the hot drink. It's only fitting that everyone celebrate with a Caipirinha worldwide," said Tony Abou-Ganim, Las Vegas Mixologist.

While Brazil won the 2016 Olympics bid, Cachaça (ka-SHA-sa), Brazil's national spirit and key ingredient to the Caipirinha, is in a fight of its own here in the United States. Brazil has petitioned the U.S. government to recognize Cachaça in a similar fashion as Cognac, Champagne, and Tequila, and not as currently required to be labeled: as "Brazilian Rum." Cachaça was created in 1532 in Brazil, 100 years before Rum's creation in the Caribbean, and can only be made in Brazil from Fresh Cane, according to Brazil's normative production laws.

"We all support the recognition of Cachaça as its own appellation, and stop this silliness of calling it Brazilian Rum," said Mr. Abou-Ganim.

In support of the other countries in the bid for the 2016 Olympics (Madrid and Tokyo) Leblon has created cocktail recipes in their honor.

Muddle chili and lemongrass in a shaker. Shake with remaining ingredients except Champagne. Strain over ice into a highball glass. Top with Champagne and stir well. Garnish with lemongrass straws.

For more information on the Leblon Caipi Hour celebrations, go to http://www.lebloncachaca.com.

For more information about the recognition of Cachaça in the U.S., go to http://www.legalizecachaca.com.