OxiTitan VLR : A new weapon in the battle against deadly viruses. This advanced nanoparticle antimicrobial coating safely kills viruses and bacteria on treated surfaces. OxiTitan VLR is a broad spectrum mineral based photocatalyst that is continuously activated by normal interior light to trap, oxidize and kill microbes. Safe and eco-friendly OxiTitan VLR is a transparent coating for existing surfaces and textiles, working 24/7/365 to reduce pathogen contamination. 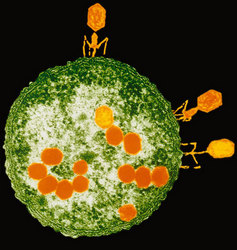 The company's Chief Scientific Officer, Devron Averett, Ph.D., commented: "This independent study of OxiTitan VLR demonstrates an immediate and ongoing reduction of the RNA virus MS-2 on treated surfaces; this virus is a comparatively hardy test surrogate for other RNA viruses such as rhinovirus, influenza viruses such as H1N1 'swine flu', and the highly transmissible norovirus that causes viral gastroenteritis. This satisfying antiviral result was predicted from the oxidative mechanism of OxiTitan VLR, and is consistent with previous studies that have repeatedly demonstrated the ability of OxiTitan VLR to kill a broad spectrum of contaminating microorganisms under typical interior lighting conditions, including common examples such as E. coli and Bacillus, and also the dangerous and drug-resistant MRSA and VRE bacteria."

The basis for the technology of OxiTitan VLR is a proprietary nanoscale zinc/titanium dioxide sol that can be easily applied to a wide variety of surfaces and textiles. The EcoActive Surfaces cleantech innovation provides a virtually invisible, durable coating with broad spectrum antimicrobial effects based on strong initial binding and subsequent photocatalysed oxidative inactivation under ordinary interior lighting conditions. The transparent coating creates free oxygen radicals that chemically inactivate essential components of viruses and bacteria to kill them, and also destroy volatile organic compounds. Powered only by the energy of visible light, OxiTitan VLR contains tiny particles of the same minerals used in the safest sunscreens, has no poisons or toxins, and is benign in the environment.

"In today's world, where dangerous viruses and bacteria may be spread by contact with surfaces in our human environment, it is important that consumers know that a persistent, safe, and continuously active antimicrobial coating is now available for interior use on existing surfaces in a multitude of environments, including healthcare facilities, community buildings such as schools, as well as residences and businesses. OxiTitan VLR acts as 'a vigilant sentry', reducing microbial contamination all day, every day, and between routine surface cleaning," stated Dr. Averett.

OxiTitan VLR provides a safe, durable, cost-effective, ecologically friendly, and continuously active antimicrobial surface clear-coating. When used as an adjunct to hand hygiene and normal cleaning, OxiTitan VLR provides an important and long-lasting component in the battle to reduce the spread of pathogens and break the nosocomial infection loop.

Although the materials science behind OxiTitan VLR is advanced and complex, its application is simple. The pre-mixed, water based formula is simply sprayed on to existing surfaces and textiles and costs less than 25 cents per square foot. More information can be found at the website oxititan.com, which provides a detailed description of the technology and examples of the antimicrobial effects of OxiTitan VLR, as demonstrated by independent laboratory testing.