Receiving one of the highest honors that can be bestowed upon a contemporary artist, Elisha Ben-Yitzhak of the Milwaukee suburb of Glendale has been invited and will exhibit at the world-renowned Biennale International Art Exhibition from December 5-13 in Florence, Italy. 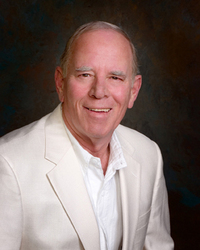 A Village on a Mountain.

Receiving one of the highest honors that can be bestowed upon a contemporary artist, Elisha Ben-Yitzhak of the Milwaukee suburb of Glendale has been invited and will exhibit at the world-renowned Biennale International Art Exhibition from December 5-13 in Florence, Italy. Ben-Yitzhak will become the first Wisconsin artist ever to exhibit at that exclusive contemporary art festival event and is also one of only 77 artists from the entire United States who will be exhibiting there.

Ben-Yitzhak came to Milwaukee from Israel in 1985 after studying art at the Bezalel Art Academy in Jerusalem and at the Avni Art Institute in Tel Aviv under the guidance of master artists. He achieved fame in Europe, the Middle East, and Africa when his paintings were exhibited in museums, galleries, art festivals and private art shows across that area, including one painting that was shown at the famed Tate Gallery in London in 1968. In 1974, one of his works, called "At Last," was selected by the Tel Aviv Art Museum for its collection. Elisha’s art also appeared in numerous magazines back then.

After moving to Milwaukee, he gave up his art career to start his Heavenly Tours travel agency. He stayed away from art for the next 21 years, until, in 2006, his passion for painting was rekindled, and he began anew creating numerous images that have also now been exhibited and sold across this country and abroad. Among those are some of the finest art pieces of his career, including "Emotions," "Tears," "Heart Strings," and "A Village on a Mountain." He was featured this past summer in the New York ARTS magazine and will be featured in a 2010 edition of International Contemporary Art Masters’ magazine.

“Naturally, I am greatly honored even to be invited to this important, worldwide art exhibition,” Ben-Yitzhak stated. “To get noticed by this international organization after having been absent from my beloved vocation for so long is especially gratifying. I am so looking forward to being amidst some of the greatest contemporary artists and artwork in the world.”

More information on Elisha Ben-Yitzhak and views of his paintings may be obtained at his Website, http://www.elishasart.com.