EZShield poll reveals that Americans need to increase vigilance about ID theft, while they overestimate impact of social networks on productivity. After a decade of mounting public discussion of the dangers of identity theft, a new poll shows that Americans have a broad awareness of the issue. However, some misunderstandings about the sources and impact of the threat remain. 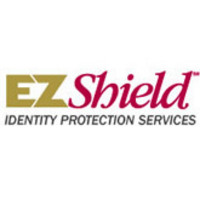 After a decade of mounting public discussion of the dangers of identity theft, a new poll shows that Americans have a broad awareness of the issue. However, some misunderstandings about the sources and impact of the threat remain.

A Zogby poll commissioned by the identity theft protection and restoration service EZShield has revealed that 34 percent of Americans believe identity theft is most likely to occur online. The reality is that merely a tenth occurs on the Web, according to research firm Javelin Group. Many consumers may not fully appreciate the offline risk areas – for example, mail theft – and have not taken measures to protect themselves.

“At a time of year when packages are sitting on doorsteps and a mere address label or transaction record are enough to enable identity theft, consumers need to increase their vigilance and take action to protect themselves,” said John Herr, CEO, EZShield.

In terms of sources of ID theft, the survey also found that:

On average, it takes an individual 330 hours – or the equivalent of eight work weeks - over the course of 4-6 months to repair the damage, according to the non-profit Identity Theft Resource Center. Most of those hours need to occur during the workday, when victims can contact banks, credit bureaus, and other relevant offices.

“When you aggregate the published research data, we’re looking at more than 3 billion hours lost to identity theft in the US every year,” added John Herr. “The bottom line is that there are still major misperceptions out there about identity theft. We’re working to dispel those misperceptions, and to help people preserve both their privacy and productivity in the face of these still very real threats.”

In light of the misperceptions revealed by the survey, EZShield strongly urges consumers to take protective action to protect their identities both online and off through some simple steps:

About the Survey
Zogby International was commissioned by EZShield to conduct an online survey of 3,779 adults. A sampling of Zogby International's online panel, which is representative of the adult population of the U.S., was invited to participate from November 20, 2009 to November 23, 2009. Slight weights were added to region, party, age, race, religion, gender, and education to more accurately reflect the population. The margin of error is +/- 1.6 percentage points. Margins of error are higher in sub-groups.

About EZShield
EZShield pioneered identity theft protection nearly a decade ago and today uses its experience and expertise to anticipate all forms of identity-related fraud, providing affordable and simple products and services that help shield your complete identity, on all fronts, all the time. EZShield provides protection services that extend well beyond credit monitoring to address the entire spectrum of identity fraud sources including online hacking, mail fraud, credit cards, checks, public records, memberships and several others. For more information, please visit http://www.ezshield.com.