Nominees and Winners for Best in Global Online Entertainment Will Be Honored by The International Academy of Web Television at the 2nd Annual Streamy Awards Ceremony on April 11, 2010 in Los Angeles 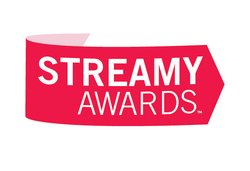 "This year Web television made a significant impact on both Hollywood and Madison Avenue, so it made sense for the Streamy Awards to add new categories that reflect that impact," said Brady Brim-DeForest, co-executive producer of the Streamy Awards.

The Streamy Awards, the leading award for achievement in Web television and online entertainment, today announced a call for entries. Nominees and winners will be honored at the second-annual awards program to be held on Sunday, April 11, 2010 in Los Angeles. Submissions will be accepted via the Streamys.org Web site beginning today through January 22, 2010.

Nominees across 36 categories will be honored by the International Academy of Web Television (IAWTV.org), a member-run non-profit organization comprised of leaders and stakeholders within the growing Web television industry, and the official presenting body behind the Streamy Awards. Twelve new categories reflecting exciting advancements, creative innovations and technologies embraced by the Web television community this past year have been added to the 2010 program, including awards for Live Production, Foreign Series, Vlogging, Interactive Experience, Branded Entertainment, and Mobile Experience.

Last year's inaugural Streamy Awards received over 100,000 unique public submissions from over 89 countries, hundreds of thousands of votes for 10 Audience Choice Award Finalists, and a groundswell of support from both the traditional and new media communities. Awards were presented during a global live-streamed ceremony in which Hollywood celebrities turned Web series stars, including Neil Patrick Harris, Lisa Kudrow, Rosario Dawson, Illeana Douglas and Joss Whedon presented alongside new media pioneers Felicia Day, Jessica Rose and Alex Albrecht, among others.

"Year one was about building an organization and infrastructure that would allow us to showcase and recognize the best of the evolving digital entertainment medium," said Jamison Tilsner, co-executive producer of the Streamy Awards. "The Web television industry has grown significantly since 2008, and the Streamy Awards celebrates this success by recognizing the content and creators that are at the forefront of our industry.”

"This year Web television made a significant impact on both Hollywood and Madison Avenue, so it made sense for the Streamy Awards to add new categories that reflect that impact," said Brady Brim-DeForest, co-executive producer of the Streamy Awards. "We've added an award for 'Best Companion Series' for extensions of film or television properties; and an award for 'Best Product Integration' to reflect the rise in brand-sponsored Web programming."

In conjunction with today's call for entries, the Streamy Awards has launched a redesigned Web site and has also released never-before-seen footage from last year's event, available to view and share at Streamys.org.

About The International Academy of Web Television:
The International Academy of Web Television, an independent member-run organization comprised of digital entertainment leaders was founded in 2009 to promote and recognize artistic excellence and technological innovation in online entertainment. Members of the Academy are invited to join based on achievement in their respective fields, and include actors, agents, composers, content developers, directors, journalists, producers, technologists, and writers who actively participate in and support the Web television and digital entertainment industries. The Academy oversees the annual Streamy Awards, which honor and recognize excellence in original episodic Web television programming.

Presenters Mark Feuerstein ('The Hustler') and Illeana Douglas ('Easy to Assemble') at the first annual Streamy Awards. Photo by TheBuiBrothers.com