Senator McCain has publicly mocked IBS research. The IBS Treatment Center calls on him to respect his fellow citizens and support research on IBS and food allergies. Research can reduce the tens of billions spent and millions of Americans suffering from IBS. 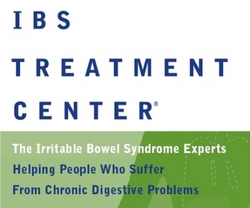 IBS affects millions of Americans and results in more than $10 billion in direct costs...

Senator McCain recently complained on the senate floor that the recently passed Omnibus Spending Bill includes earmarks for Irritable Bowel Syndrome (IBS) research. His statements indicate that he is unaware of the potential cost savings that such research could enable. IBS affects millions of Americans and results in more than $10 billion in direct costs (eg, from office visits, medications) and $20 billion in indirect costs (eg, through work absenteeism and reduced productivity) each year.(1) Successfully addressing this common problem could have a dramatic effect on our national healthcare expenditure.

The evidence that food allergies are causal or contributing factors to IBS is significant and growing. A large and growing body of published research has linked food allergies with IBS.(2) For this reason the leading clinic for successful treatment of IBS in the United States - The IBS Treatment Center in Seattle, Washington- calls on Senator McCain and all senators to support grants for research on IBS and to ensure that substantial portions of the funding go to researching the relationship between immune responses to foods and adverse health conditions like IBS.

As early as 2004, well-designed studies showed that IBS symptoms could be reduced or eliminated if foods to which the patient was allergic were eliminated from the diet.”(3) Since that time food allergies have been show to be involved in IBS symptoms both through research on IBS patients and on understanding how the underlying biochemistry functions. The American College of Gastroenterology reports that “Approximately 60 % of IBS patients believe that food exacerbates their symptoms, and research has suggested that allergy to certain foods could trigger IBS symptoms.”(4) And indicates that additional research is needed.

Rather than decrying the supposed waste of earmarks for research, The IBS Treatment Center calls on Senator McCain and his fellows to encourage research and education to better address the common, expensive health problems called IBS. Reducing the billions in costs related to IBS and helping people live healthy, productive lives is certainly worth a few hundred thousand dollars in an earmark.