Led by Mr. David Miscavige, Chairman of the Board Religious Technology Center and the ecclesiastical leader of the Scientology religion, Scientologists are celebrating a renaissance of their faith. 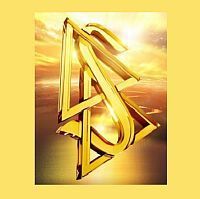 Say No to Drugs, Say Yes to Life

Today, the Church of Scientology has expanded to more than 8,000 churches, missions and affiliated groups in 165 nations, doubling the number in the last five years.  This year alone, the Church completed a $40 million restoration of one of its oldest landmark buildings and inaugurated five major new Church of Scientology buildings in Malmo, Dallas, Nashville, Rome and Washington, DC. Current demand for L. Ron Hubbard’s books and lectures on Dianetics and Scientology has outstripped the last five decades combined, approaching 70 million distributed in the last two years.  All the while the Church’s ever growing humanitarian programs in the fields of anti-drug, human rights, morals education and disaster relief have positively impacted hundreds of millions of lives.

As the decade comes to a close, Scientologists world over are celebrating their religion’s most expansive year to date. 2009 marked the 25th Anniversary of the International Association of Scientologists, the official membership organization of Scientology. In addressing the more than 7,000 Scientologists and guests in attendance at the anniversary event on October 16th in England, Mr. David Miscavige praised members for their dedication and contribution to the tremendous accomplishments of the Church to date and expressed his optimism for the future of Scientology:

“Our battles of yesterday were to stay alive. Our battles of tomorrow are to overcome the obstacles to eternity itself. Because we have never taken our eye off the ultimate prize, we stand where we are today. Twenty-five years of magnificent accomplishment and a future more glorious than we could have ever imagined," said Miscavige.

In-house digital publishing facilities can print over 500,000 books and 925,000 recorded lectures on CD per week

The demand for L. Ron Hubbard’s materials has grown exponentially in the last year with the numbers of new people coming into Churches and Missions to find out about Scientology growing in the same fashion. Indeed, the Scientology religion is now enjoying its greatest era of expansion in history, with public demand for L. Ron Hubbard books and lectures escalating across more than 165 countries.

To keep pace with the demand, the Church operates two state-of-the-art digital printing and CD manufacturing facilities in Los Angeles and Copenhagen.

In 2009, the Church’s publication arm, Bridge Publications, Inc. in Los Angeles, opened a 274,000-square-foot digital in-house printing and manufacturing facility, thereby increasing its publishing capacity to 500,000 books and 925,000 CDs per week, an increase of 660% over 2007.

In June 2009 the Church celebrated the 21st Anniversary of the Maiden Voyage of the Freewinds religious retreat and annual religious convocation for advanced Scientologists. During this week-long series of events and seminars, Mr. Miscavige announced “the single most momentous advance in Dianetics technology" since the original publication of Dianetics on May 9, 1950. The project, four years in the making and personally directed by Mr. Miscavige, resulted in 32 films totaling 4 ½ hours. The films have been translated into 15 languages. They put Dianetics fully into visual form, making the subject universally accessible to everyone.

June also saw the release of educational films to support Church-sponsored social betterment and humanitarian programs. The first of these was the new, full-length Truth About Drugs documentary giving addicts and at-risk youth the chance to find out from those who have lived it, exactly how addiction shatters lives. The second was The Story of Human Rights, an educational film which provides a short, concise and powerful lesson in the history and necessity of human rights and the 30 articles of the Universal Declaration of Human Rights.

October marked the completion and release of the feature-length film, The Way to Happiness. This 2-hour film presents this nonreligious common sense guide to moral living by L. Ron Hubbard.

Church-sponsored humanitarian programs touch the lives of hundreds of millions in 2009.

The Church-sponsored humanitarian programs using the latter three films reached hundreds of millions of people in 2009 and billions since their inception.

The Church-sponsored anti-drug education initiative (“Say No to Drugs, Say Yes to Life”) is the largest nongovernmental anti-drug campaign in the world and, through the airing of public service announcements, distribution of free drug education booklets and events promoting a drug-free life, it has reached over 853 million people since its inception.

The Church-sponsored human rights education program (“United for Human Rights”) is the largest in the world and based entirely on raising awareness of the 30 articles of the United Nations Universal Declaration of Human Rights. Through the airing of public service announcements, human rights symposiums and events and distribution of human rights educational materials, the campaign has reached over 943 million people since it commenced.

The Church-sponsored morals program based on the common-sense guide to living, The Way to Happiness, has now reached nearly 800 million people through its public service announcements, educational materials and Set a Good Example contests.

Mr. Miscavige is driving a movement now spanning the world with new Ideal Churches of Scientology.

Mr. Miscavige’s vision sets the direction for the acquisition, design and planning of new Churches-quite literally from inception to ribbon cutting. For the past five years, the Church has dedicated itself to a program to locate, renovate and open new Scientology Churches to service its parishioners and their communities around the world. Since the launch of this program five years ago, over 70 new buildings have been acquired internationally. Real estate holdings have increased from 5.6 million square feet in 2004 to over 11 million in 2009, with over 600,000 square feet of renovations completed in just 2009.

14 March 2009: At the Church’s spiritual headquarters in Clearwater, Florida, the Fort Harrison Hotel opened in March 2009 after a $40 million renovation and restoration. The building was stripped virtually bare and rebuilt from its core, including the installation of new state-of-the-art systems. This landmark still bears its hallmark historical touches, however, including replication of the lobby’s original black wrought iron work and gold leaf moldings. The resurfacing of the entire exterior with added architectural detailing makes this religious retreat even more beautiful than at its legendary beginning in 1926, when she was known as “the Aristocrat of Southern Florida Hotels.”

4 April 2009: Three weeks after the inauguration of the new Fort Harrison, a new Church of Scientology in the Swedish seacoast city of Malmö was formally opened by Mr. Miscavige. European dignitaries and guests from 32 nations gathered to celebrate a historic day: dedication of the 72,000-square-foot landmark Church of Scientology, acquired, designed, renovated and opened in less than six months.

11 April 2009: One week later, in Dallas, Texas, a 41,000-square-foot Church opened its doors. With Mr. Miscavige officiating, the Church of Scientology Dallas was formally welcomed to the Dallas-Fort Worth Metroplex by City of Irving Mayor Herbert Gears.

25 April 2009: The month of April ended with the grand opening of the new 36,000 square-foot Church of Scientology and Celebrity Centre Nashville. The opening of the new Church building in Music City USA, an historical landmark, was again led by Mr. Miscavige and joined by scores of local dignitaries, residents and visiting artists totaling over 3,000 guests.

24 October 2009: In October, more than 6,000 people gathered in Rome’s Casalotti de Boccea district to celebrate the grand opening of the new Church of Scientology Rome. The 69,000-square-foot Church, situated on 28 acres of parkland, marks the largest expansion to date for Scientology in its 30-year history in Italy. Mr. David Miscavige welcomed parishioners to their new home. The new Church will serve parishioners of Central Italy and other regions of the Mediterranean.

31 October 2009: One week later, the Founding Church of Scientology of Washington, DC, originally established in 1955 by Scientology Founder, L. Ron Hubbard, opened its new premises six blocks from the White House and minutes from the Capitol Mall. Attended by nearly 3,000 Scientologists and guests, the celebration was presided over by Mr. David Miscavige. The newly acquired and fully restored 49,000-square-foot historical building now represents the largest Scientology presence in DC in Church history. Its grand opening now brings the Church of Scientology’s presence in the nation’s capital to three very important properties: The new Embassy Building providing all Church services for parishioners of Washington DC; the original Founding Church premises where L. Ron Hubbard personally worked, now fully restored and open to the public as a heritage property of the Church’s history; and the Church’s well-known Fraser Mansion at DuPont Circle which will now become the Church’s National Affairs Office.

The Church of Scientology looks to 2010 for further unprecedented growth, with greater expansion and success in ministering to its parishioners and their communities than ever in its history.

Most importantly, 2010 will bring the completion of a decades-long project to restore and make available the complete library of Mr. Hubbard’s works, including hundreds of his over 3,000 recorded lectures never heard beyond his original audience.