The World Freerunning & Parkour Federation is the first and only social networking website for the international Parkour community dedicated to the safe and respectful advancement of the Parkour & Freerunning Movement throughout the world. WFPF announces a new summer workshop at Camp Woodward, a special series with MTV's Ultimate Parkour Challenge and Parkour Pilot training at Equinox Fitness. 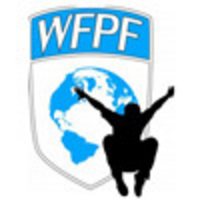 The word-of-mouth buzz is remarkable

The extremely fascinating sport of Parkour has been defined as the art and discipline of moving as rapidly and efficiently as possible, increasing speed as one moves from one point to another using only the strength and agility of the human body. It is built on the philosophy that any obstacle, physical or mental, can be surpassed or used to strengthen and grow both the mind and body. Parkour is practiced by engaging obstacles with the aim of improving one's self-understanding and self-reliance.

As the Parkour movement expands globally at a very rapid pace, the World Freerunning & Parkour Federation, represented by Madeline Johnson Marketing & Public Relations, announces a growing enthusiastic fan base on WFPF.com, the very first and only social networking website for the international Parkour community, their fans, and anyone committed to seeing "obstacles" in their lives as opportunities for creative expression. With up to 30 members joining each day from countries around the world, the WFPF draws Parkour athletes and fans closer with new member profiles, live chats, regional meet-up and jam schedules and the best of Parkour videos and photos. "The word-of-mouth buzz is remarkable," explains David Thompson, Co-Founder of the World Freerunning & Parkour Federation. "We are seeing fans join from coast-to-coast in the US and from as far away as Iran and Iceland and including countries throughout South America and Asia. Those practicing the art and discipline of Parkour have been looking for a place online to meet, share and champion each other."

In partnership with 20 of the world's best Parkour athletes, the acknowledged leaders of the sport, WFPF.com is a social networking site that provides Parkour fans with opportunities to share stories, photos, videos, music and ideas from around the globe. WFPF Parkour fans immediately recognize the WFPF as a place to gather and become a part of a worldwide community.

The World Freerunning & Parkour Federation was founded by Victor Bevine and David Thompson along with Francis Lyons, Emmy award winning executive producer of MTV's hit show, MADE. With over 30 years of combined experience in sports, entertainment and youth development, these men have brought together 20 of the world's top Parkour athletes and created an online community devoted to introducing Parkour and the philosophy behind it to the American mainstream while promoting the safe and respectful advancement of the Parkour movement throughout the world. Eight of the WFPF athletes will appear on Oct. 22nd on MTV's ULTIMATE PARKOUR CHALLENGE, and will be making appearances around the U.S. on a planned national tour. Many of these same stars will be teaching Parkour workshops at Equinox Fitness while they continue to work in tandem with recognized charities such as Athletes for Hope and the Fresh Air Fund. For more information, visit http://www.wfpf.com.