In a state known for loggers and lumberjacks, and in a city that was once home to one of the world’s most productive lumber mills, it’s seems fitting that Beard Team USA has selected Bend, Ore., from a field of more than 25 bidding cities to host the first-ever National Beard and Moustache Championships on Sat., June 5, 2010. The event is expected to attract upwards of 400 of North America’s most folically-endowed beard and moustache enthusiasts to compete. 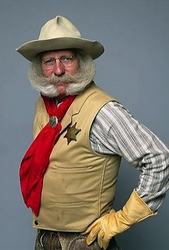 “We chose Bend to host the Nationals because of the community’s love of beards and beer, two things we hold in very high regard.”

Bend will host the first-ever National Beard and Moustache Championships at the Les Schwab Amphitheater on Sat., June 5, 2010. The event will take place in conjunction with the annual Balloons Over Bend festival.

Beard Team USA, fresh off its stunning victory over Germany at last year’s World Beard and Moustache Championships, selected Bend from a group of more than 25 bidding cities, resorts and hotels. The event promises unique family-friendly entertainment for young and old, bearded and clean shaven, dedicated fans and newly curious.

“We chose Bend to host the Nats because of the community’s love of beards and beer, two things we hold in very high regard,” said Phil Olsen, the Founder and self-appointed Captain of Beard Team USA. “Through our meetings with the folks in Bend, we were convinced that despite their lack of facial hair, they were committed to hosting a world-class event and welcoming America’s elite beardletes, their friends, and fans with open arms and delicious Bend beer.”

“It’s an honor for Bend to host America’s facial hair gifted from across the country,” said Doug La Placa, President and CEO of Visit Bend, the organization that courted Beard Team USA to Bend. “While Bend is typically known for its breathtaking scenery and unparalleled outdoor recreation, we’re looking forward to showing the World that our beards and beer are second to none. Already many new beards are sprouting on the faces of normally clean shaven Bendites in anticipation of the big event.”

Beard Team USA, whose motto is, “growing beards for America,” was founded in 2003 to represent the United States at the biennial world championships, long dominated by European groups, especially those from powerhouse Germany. America’s team now boasts more than 1,500 members nationwide and over 50 local chapters.

This will be the first national championship event held in the USA. The competition is open to everyone, regardless of age, nationality, or team affiliation. Already, Beard Team Canada has announced plans to attend. Other international groups may come too. Moreover, unlike other prestigious athletic events, there will be no annoying gender testing.

The Competition will take place in four categories, with the winner in each category walking away with $1,000. So that every competitor gets a shot at the prize money, a fifth $1,000 prize will be awarded to a contestant selected at random. Additionally, a locals’ category for Deschutes County residents will be incorporated into the festivities. Official categories include:
•Best Moustache: Beards are allowed in this category, but contestants will be judged on their moustaches only.
•Best partial beard: Includes goatees, Van Dykes, sideburns, musketeers, etc.
•Best full beard: Styling aids are permitted.
•Freestyle: Anything goes…anything. Be creative.

About Visit Bend:
Visit Bend is a non-membership, non-profit economic development organization dedicated to promoting tourism on behalf of the City of Bend. For more information or to order a complimentary Official Visitor Guide to Bend, contact Visit Bend at 800-949-6086 or visit http://www.visitbend.com.