Hostgator has once again leaped over their competitors. Hostgator, one of the most popular web hosting services in the industry, ranked 21st on the 2008 Inc. list and once again announces stellar growth this past year. 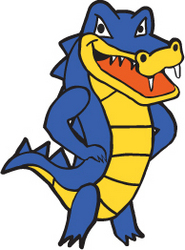 Global Industry News, in an interview with Hostgator, is reporting an amazing amount of growth for the web hosting giant in the past year. Douglas Hanna, the Customer Service Manager of Hostgator, declared: “The number of customers we have increased by more than 50% over the course of 2009”.

In explaining the growth Douglas Hanna continued, “A large portion of our growth is a result of word of mouth advertising that comes from our existing customers. We really pride ourselves on the quality of our customer service and spend a lot of time and money ensuring that we’re providing the best service we can and that we’re always improving in areas where we might be falling relatively short. That is something our customers seem to appreciate and as a result, they continue to refer us to their friends, family, and co-workers.”

In the interview, Brent Oxley, CEO and founder of Hostgator, explained why Hostgator is outpacing their competitors: “Our customer service is definitely an important differentiator. There aren’t many companies that provide 24/7/365 US-based support over the phone, email, and live chat in the web hosting industry, much less at our price point. We also have a competitive set of product and service offerings that give our customers the tools they need to succeed on the Internet and get the most out of their web hosting. A good product lineup coupled with good customer service is something that has worked very well for us so far.”

About Hostgator:
Starting out in 2003 from his dorm room in Florida, Brent Oxley, who at the time was a freshman in college, grew Hostgator mostly on word of mouth, eventually becoming one of the largest web hosting companies in the world, and one of the fastest growing companies in America ranking 21st on the 2008 Inc. 5000 List, and now has well over two hundred thousand clients. 2010 is also on pace to be yet another record year for Hostgator.