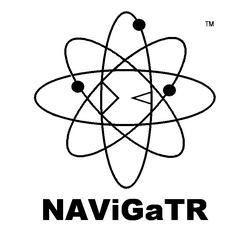 Batman achieved a trifecta with wins in all three major disciplines of design, art, and sound, a feat not pulled off since 2006...

The winners of the 2009 NAViGaTR Awards were announced today, revealing the winners in 47 categories. Multiple awards went to Andrew Coombes and Sefton Hill for their work on Batman: Arkham Asylum.

Out of its 17 nominations, Batman won nine (9) awards: Game of the Year, Character Design, Control Design 3D, Costume Design, Game Design, Sound Editing in a Game Cinema, Use of Sound, Supporting Performance in a Drama (Mark Hamill), and Outstanding Action Game Sequel. Batman: Arkham Asylum was classified as part of the overall Batman franchise, even though it is not a direct sequel.

"Batman achieved a trifecta with wins in all three major disciplines of design, art, and sound, a feat not pulled off since 2006 when both Gears of War and Oblivion did it," said Academy President Thomas Allen, who previously revealed a special Honorary Award for veteran journalist Dennis McCauley's contributions to the gaming community and gaming journalism, citing work at the Philadelphia Inquirer since 1998 and founding GamePolitics.com.

For the first time ever, a game (Batman) won for both Character Design and Costume Design, netting Andrew Coombes two trophies.

Only once before has the same game won both Graphics/Technical and Lighting/Texturing. Uncharted 2 has now repeated Splinter Cell’s original feat.

With 15 awards this year, Sony breaks its own record of 11 awards in 2005, as well as Electronic Arts’ three year streak of most wins for publishers.

Of this year’s winning development studios, LucasArts (among others) won its very first award while 5th Cell won its third award to date.

Since the inception of the NAViGaTR Awards, Nintendo has won 24 awards as a developer, more than any other developer to date. Square Enix, Rockstar, and Electronic Arts follow with 20 awards each. Sony has 18; Ubisoft 16; Konami 15; Namco Bandai 12; Naughty Dog 12; Harmonix 12; and Valve 10.

Shigeru Miyamoto has won ten (10) awards to date, more than any other individual. Dan Houser has won nine (9) awards for his widespread work in the Grand Theft Auto® series, as well as "Bully."

Fumito Ueda and Leslie Benzies have won five (5) awards to date. Ueda has won 2 awards for ICO and 3 awards for Shadow of the Colossus in the areas of animation and design. Benzies has won entirely for the Grand Theft Auto series.

Jamie King and Jeremy Pope have each won four (4) awards for producing the Grand Theft Auto® series, including two genre awards and two Game of the Year awards.

Bruce Oberg has won his fourth award this year for inFamous. His previous awards were for each of the Sly Cooper games.

Atsushi Inaba has won three awards - two for Okami and one for God Hand. Tracy Rosenthal-Newsom has won for the games Frequency, Karaoke Revolution, and Guitar Hero II. Yoshinori Kitase has won for Final Fantasy X, Kingdom Hearts, and Final Fantasy III. Hajime Sugiyama has won 3 awards --- two for ICO's camera and lighting, plus a technical graphics award for Colossus.

Atsuko Fukuyama has won 3 awards --- two for Animation in a Game Engine (Ico and Shadow of the Colossus), as well as an award for Colossus' character design. Keita Takahashi has won three awards for the Katamari series. James Worral has also won three (3) awards for writing and design in the Grand Theft Auto® series.

Akira Yamaoka has won three awards for his work on the Silent Hill® series, winning in the categories of Sound Effects, Use of Sound, and Original Musical Score. Mathieu Laforce has won three awards. His first two awards were for Graphics, Technical and Lighting & Texturing Effects for Tom Clancy's Splinter Cell in 2002, and his third award was for Lighting & Texturing Effects for Prince of Persia: The Sands of Time in 2003.

Rik Schaffer has won three awards, including two for Sound Effects in Call of Duty and Doom 3, as well as one for Sound Editing in a Game Cinema for Doom 3. Programmers Ben Wallace, Bernie Freidin, Charles Gough, Chris Butcher, Mat Noguchi, Matt Segur, Eamon McKenzie, and Stefan Sinclair have all won three awards for the first Halo®.

The complete list of winners is available in JPG format and should accompany this release.

The awards are presented by the National Academy of Video Game Testers and Reviewers Corp.™, a non-profit media organization with 640 voters honoring the best of the interactive entertainment industry in the fields of art, technology, and production for calendar year 2009.

More than any other professional group in the industry, testers spend the most time playing games and are therefore most apt to evaluate them on a technical level with intense detail or analysis. Reviewers in the media also spend a great deal of time analyzing and writing about games from a creative perspective to aid consumers in their evaluations. The best reviewers sometimes parlay their reputation into industry jobs as producers or testers. For these reasons, the recommendation of testers and reviewers serves as a special mark of quality that balances important creative and technical perspectives and represents the most hard-core enthusiasts from industry and media.

Through annual awards, television specials, videos, special events, and other future plans, the Academy hopes to preserve the history of the medium as well as honor the creative and technical individuals who have paved the way for new ideas and innovations.

The Academy is currently accepting applications for new voters, board of advisors, or both, depending on qualifications. For more information, apply at http://tinyurl.com/nboa1111

Complete List of 2009 WinnersCreative, technical, genre, honorary winners; tallies by publisher, developer, and game; and names of all individual winners.