GE awarded a contract by Enel SpA to complete phase 6 of an 8-phase project. 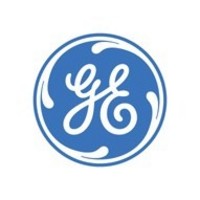 GE commenced work on the four units at this power station in 2003, in a phased approach, during the now completed rehabilitation project of the power plant. GE was awarded the top rap conversion of fields 3 and 4 of all ESPs for the four boilers in 2005.

Execution of the project was staged to one boiler per year with final completion in 2008. The performance of the partially rebuilt precipitators was demonstrated to be successful, and in order to achieve an additional margin on the emission limits, EME3 decided to also rebuild fields 1 and 2 of the precipitators.

GE's top-rap design mounts the rapping devices externally on the roof of the precipitator, allowing maintenance to the rappers while the precipitator is online. Since GE's top-rap technology does not make use of a mechanical hammer train, but rather uses a reliable electrically actuated rapper, maintenance is virtually eliminated. The rappers supplied by GE can be individually actuated as required, which allows the customer to optimize precipitator performance.

Top rapping is a means of cleaning the internal parts of the precipitator while keeping all the moving parts of the rappers out of the hot gas and dust stream. Each rapper can be programmed to act independently in terms of rapping intensity, rapping duration and rapper off time, so that when installed in conjunction with GE's sophisticated rapper controller, the cleaning of the internal parts can be varied infinitely if desired, to suit the specific application.

“Our proven technology and commitment to service has allowed us to be successful in the previous stages of the Enel Maritza East 3 project,” Mark Hachenski, product general manager for GE Energy Services. “Within the framework of the new contract, we will continue to work with Enel to meet the plant’s emission reduction needs.”

As part of the contract, all existing internal components will be removed to accommodate the new parts. The existing casing, inlet transition, outlet transition, hoppers, and structural supports will be reused as part of the rebuild scope. GE’s acclaimed rigid discharge electrodes will replace the existing wire frame discharge electrodes. Electromagnetic impact rappers will be mounted on the roof of the precipitator to impart cleaning force into the collecting plates and rigid electrodes. GE also is supplying acoustic horns to aid ash evacuation and prevent hopper buildup, which will minimize the possibility of unplanned maintenance and outages.

About GE:
GE is a diversified global infrastructure, finance and media company that's built to meet essential world needs. From energy, water, transportation and health to access to money and information, GE serves customers in more than 100 countries and employs more than 300,000 people worldwide.

GE serves the energy sector by developing and deploying technology that helps make efficient use of natural resources. With 60,000 global employees and 2009 revenues of $37 billion, GE Energy http://www.ge.com/energy is one of the world’s leading suppliers of power generation and energy delivery technologies. The businesses that comprise GE Energy—GE Power & Water, GE Energy Services and GE Oil & Gas—work together to provide integrated product and service solutions in all areas of the energy industry including coal, oil, natural gas and nuclear energy; renewable resources such as water, wind, solar and biogas; and other alternative fuels.

For more information, visit the company’s Web site at http://www.ge.com. GE is imagination at work.