Garners one of the highest point totals in the prestigious nomination, research and review process. 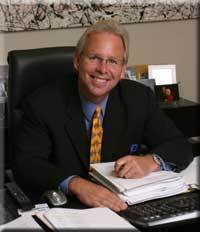 Brian Chase, a partner at the California personal injury law firm of BISNAR | CHASE (http://www.BestAttorney.com), has been named a Southern California Super Lawyer and a Top 50 Orange County Attorney by Orange Coast magazine. Chase earned one of the highest point totals in the award process.

In compiling its prestigious list of top attorneys, the magazine evaluates candidates based on 12 indicators of peer recognition and professional achievement, including verdicts, settlements, transactions, representative clients, experience, honors and awards, special licenses and certifications, position within a law firm, professional activities, pro bono and community service, scholarly lectures and writings, education and employment background, and other outstanding achievements.

Once a candidate pool has been created, the magazine's research department closely evaluates each candidate based on the criteria listed above, and then a review of that candidate is performed by the lawyer's peers within their primary area of practice.

As featured in Newsweek's The Best of Los Angeles Law, Brian Chase is a top California lawyer who has been practicing personal injury law for over 17 years, concentrating on auto defects and catastrophic injury cases. He graduated from Pepperdine University School of Law, where he was associate editor of the Pepperdine Law Review. Presently, Chase is a Vice President of Consumer Attorneys of California. He is a past President of the Orange County Trial Lawyers Association and is a member of the Trial Lawyers for Public Justice, The American Association for Justice, The Million Dollar Advocates Forum and the Christian Legal Society.

"Brian's achievements as a top Orange County lawyer are a source of immense pride for our firm," said John Bisnar, founding partner of BISNAR | CHASE. "Brian's trial lawyer reputation and track record is invaluable in getting our clients the settlements they deserve from not only auto makers but insurance companies and negligent governmental agencies. When representing clients with catastrophic injuries or the family of a deceased accident victim, having a trial lawyer with Brian's skill is crucial to winning at trial. Having a trial lawyer with Brian's reputation brings about very favorable settlements in quick order from insurance companies and corporate wrongdoers. Having Brian on our team is huge plus to our clients."

Brian has published numerous articles and is a frequent nationwide lecturer on litigation-related topics and has made numerous radio and television appearances, including interviews on CBS Special Reports, Peter Jennings/World News Tonight, and America's Best Lawyers. Brian's book, Still Unsafe at Any Speed -- Auto Defects That Cause Wrongful Deaths and Catastrophic Injuries, has received widespread acclaim for being the definitive guide to auto defects. The book offers readers valuable information on common vehicle defects and includes real-life accounts of how defective autos have destroyed people's lives.

The BISNAR | CHASE law firm's Orange County personal injury attorneys represent people who have been very seriously injured or lost a family member due to an accident, defective product or negligence throughout California. The auto defects law firm has won a wide variety of auto defect cases against most of the major auto manufacturers, including Ford, General Motors, Toyota, Nissan and Chrysler. Get a complimentary copy of Mr. Chase’s auto defect book, Still Unsafe at Any Speed: Auto Defects that Cause Wrongful Deaths and Catastrophic Injuries. For more information, visit http://www.BestAttorney.com and http://www.ProductDefectNewsandAdviceBlog.com.