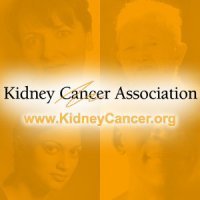 A donor has agreed to contribute $1,000.00 to the KCA to support research, education, and advocacy, provided the goal of 3,000 Facebook Fan Page fans is met prior to the end of March, 2010.

"Today, social networks, like Facebook, play an important role in the lives of families that are dealing with a loved one's experience with cancer," Bro said. "Families are using social media more than ever before to engage friends and share information. There's great economy in this, because it saves the time that would have been spent updating distant family members, colleagues, and friends in individual telephone calls. Some of these precious lost minutes could be better spent helping the patient to become a survivor."

The KCA's Facebook Challenge encourages people to become members of the organization's Facebook Fan Page, and then invite others to join. According to Bro, "This helps our charity to easily disseminate information about cutting-edge kidney cancer therapies to patients. It also facilitates easy interactions between these individuals. Kidney cancer is uncommon enough that many people with the disease never meet another person who has had it. Through Facebook, feelings of isolation and helplessness are greatly diminished."

A private donor has agreed to contribute $1,000.00 to the KCA to support research, education, and advocacy, provided the goal of 3,000 Facebook Fan Page fans is met prior to the end of March, 2010. No financial commitment is required of those who help to accrue new fans.

The American Cancer Society estimates that there will be about 57,760 new cases of kidney cancer (35,430 in men and 22,330 in women) in the United States in 2009, and about 12,980 people (8,160 men and 4,820 women) will die from this disease. These statistics include both renal cell carcinomas and transitional cell carcinomas of the renal pelvis.

Kidney cancer is among the 10 most common cancers in both men and women. Overall, the lifetime risk for developing kidney cancer is about 1 in 75 (1.34%). This risk is higher in men than in women.

The Association was founded in 1990 by a small group of patients, including Eugene P. Schonfeld, Ph.D., and medical doctors in Chicago, Illinois. It is a nonprofit charity incorporated in the State of Illinois. It has also been designated as a tax exempt organization under Section 501(c)(3) of the U.S. Internal Revenue Service code. Donations to the Association are tax deductible.