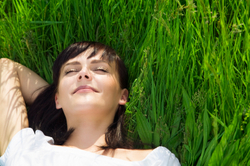 Imagine for a moment the amount of batteries that it would take to charge up 15 billion dollars worth of sex toys per year, then imagine the majority of those batteries ending up as toxic waste.

There are a lot of great ways to celebrate earth day: plant a tree, help clean up a local park, stream or beach, make a pledge to recycle more and...use a sex toy? That last choice just doesn't make it on most people's lists, especially since the sex toy industry as a whole is not all that eco-friendly. However, that is changing and since the sex toy industry as a whole generates approximately 15 billion dollars in sales worldwide, as an eco-conscious consumer, it is time to start paying attention.

Imagine for a moment the amount of batteries that it would take to charge up 15 billion dollars worth of sex toys per year, then imagine the majority of those batteries ending up as toxic waste. Along side that there are the manufacturing processes, most of which go relatively unregulated and continue to use phthalates (pronounced thal-ates), chemical plasticizers that have already been banned from use in children's toys in the U.S. and which Greenpeace has now requested the European Union start banning the use of in sex toys as well. All told, it suddenly seems obvious that the sex toy industry is a great place to start going green.

"It is the first of its kind" says Nicole Irvin, spokeswoman for AdultSexToys.com, one of the largest online retailers carrying the Micro-Kitty. "We haven't seen any other toy manufacturers follow in their footsteps yet but would love to see it happen. It simply makes sense."

Is there a compromise in quality when going green? Does this solar powered vibe mean you need to have sex in direct sunlight or a well lit room? "It can be powered by sun or artificial light of course but once charged it lasts up to 2 and a half hours in the dark." according to Irvin.

So, if you're still trying to think of fun ways to celebrate Earth Day this year and you hate the idea of combing the beach for litter, this is at least one option you can consider which sounds like a pretty pleasurable way to go green.