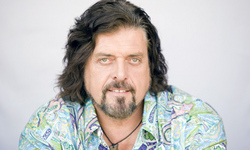 Alan Parsons’ Art and Science of Sound Recording, the ground-breaking instructional series covering all aspects of sound recording, has now released a third series of new programs, available for streaming and digital download at http://www.artandscienceofsound.com.

The Art and Science of Sound Recording collection offers something for everyone interested in recording their own music, from novice to professional engineers. Supported by extensive musical examples, custom diagrams, and interview clips, each section offers an in-depth view of individual areas of the recording process.

Along with a number of programs recently released in 2010 covering MIDI, EQ, Delays, Drums, Noise Gates, Recording a Choir, Keyboards and Bass, Digital Audio and Computers, Studio Acoustics, Monitoring and Microphones, the new sections feature three technical equipment-based scenes on Compressors and Limiters, Reverb, Consoles and Controllers, as well as an application scene on Recording Acoustic Guitar with Vocal, and finally a detailed look at the crucial topic of Mixing.

Compressors & Limiters
This program explains the basics of exactly what compression and limiting are and why we need them. Hardware and software devices are examined as Alan guides the viewer through all the main controls. With fascinating insights from a number of notable producers and engineers throughout the section, this program concludes with a look at all the main sound types, with Parsons providing limiting and compression applications and settings – including those he used on Dark Side of the Moon!

Reverb
This section opens with an interview with Bill Putnam Jr., currently chairman of Universal Audio, whose father, Bill Putnam Sr. was and one of the first people to develop and use artificial reverb. Explaining the basics of both what reverb is and how to program digital reverb on both hardware and plug-in devices, Alan provides valuable information on how, when, and where to apply reverb on recordings.

Consoles & Controllers
What is the role of a console in these days of DAW recording? What’s the difference between a console and a controller? What are the differences when using an analog console and a digital console? In this program, Parsons tackles these issues and provides a hands-on tour down a channel strip, providing the viewer with succinct and practical information on everything from bussing to the difference between pre and post fade. Here Parsons also experiments with analog and digital summing.

Recording Acoustic Guitar with Vocal
In this program, Alan Parsons looks at the classic problem of recording acoustic guitar and voice simultaneously, yet needing to have enough separation for replacements or processing later on.

Mixing
This massive 50-minute program is split into two for the online releases. Set in Los Angeles’ Record One Studios and featuring the new Alan Parsons track All Our Yesterdays, the viewer gets to sit in on Parsons’ mix -- witnessing Alan’s many secrets of his mixing technique from set-up to level setting.

On the Art and Science of Sound Recording, Parsons, the acclaimed engineer, musician, and record producer known for his work with The Beatles, Pink Floyd, Paul McCartney & Wings, George Harrison, Ringo Starr, and The Alan Parsons Project offers viewers his exclusive insider access to legendary musicians, producers and engineers and to their award-winning recording techniques.

The fourth and final set of programs in the ASSR series will be available in a month, just ahead of the release of the complete Art and Science of Sound Recording DVD boxed set.

New visitors can go to http://www.artandscienceofsound.com to download the first 18 sections, take the recording quiz to win free downloads, and learn about premium membership packages with exclusive bonus materials and pre-order discounts. Current ASSR members who have pre-ordered the DVD series will be able to log into their account and have access to the new sections.