Jagadguru Kripalu Yog presents programs on Yoga, Meditation and Essence of Spirituality in seventeen major cities across USA. The programs are conducted by Swami Mukundananda, a world-renowned teacher of spirituality, yoga, and meditation. 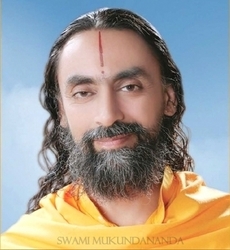 Jagadguru Kripalu Yog (JKY), a non-profit organization, based in the USA, is proud to present a series of integrated Yoga, Meditation and Spirituality programs in seventeen cities across the United States, starting May 2010. The sessions will be conducted by Swami Mukundananda, a world-renowned teacher of spirituality, yoga and meditation.

Each program will span between five to seven days. The programs have been structured such that the first part of each day’s session will focus on Yoga, Meditation, Pranayam, Subtle-body Relaxation and Science of Proper Diet. The second part will be a discourse explaining the essence of spirituality, the path to happiness and the science of God-realization. These spiritual talks are based on ancient Vedic wisdom. Filled with logical analogies and parables, these talks cover and elucidate core questions on spirituality and the essence of yoga. Each session will also include devotional chanting, imbued with Divine love for elevating the mind and the soul.

About Swami Mukundananda:
Swami Mukundananda is the founder of a yogic system named “Jagadguru Kripalu Yog”. Jagadguru Kripalu Yog is a truly eclectic discipline, which has borrowed the best elements from many schools of ancient Indian thought. It has been designed for the complete physical, mental, intellectual and spiritual development of the personality, with the 21st century human being in mind.

A Brief Introduction to Five Vedic Sciences From JKY