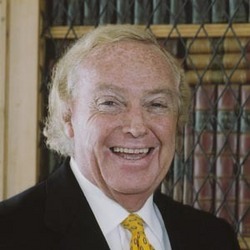 It should not be surprising that Bob MacDonald, a recognized business maverick and the author of popular books titled "Cheat To Win" and "Beat The System" would produce a follow-up book splaying the concept of ethics as we know it today.

In his latest work, MacDonald, who has been CEO of three major insurance companies, claims that in today's challenging business environment it is not enough for leaders to be ethical in the traditional way, which is "doing the right things that are required to be done." Instead, MacDonald calls for the growing of a new type of leader who learns to view ethics as "doing the right things that are not required to be done." MacDonald calls this new concept, "ethical leadership." He argues that "ethical leadership" is simply doing more than what should be done and doing what can be done.

MacDonald believes and offers numerous examples to show that those who learn and practice "ethical leadership" will differentiate themselves from the traditional leader and achieve remarkable levels of success. "Old MacDonald's Leadership Farm" also highlights numerous specific tactics and actions individuals can adopt to raise their leadership skills beyond what is traditionally accepted.

According to MacDonald, "It may seem strange to say, but it takes more than solid ethics and polished leadership skills to become the type of leader needed today. My belief is that it is possible to absorb what we have learned regarding ethics and leadership and then to take it one step further to merge the two concepts into true ethical leadership. Those who do so will break out of the crowd and emerge as an exceptionally effective new type of leader."

"There is nothing complicated or secret about this new order of leadership, says MacDonald. "Ethical leadership has only been a secret because it is not taught and rarely practiced."

MacDonald's new book is the centerpiece of a trio of books and learning tools being offered by a new venture - Old MacDonald's Ethical Leadership Farm - formed for the sole purpose of teaching and promoting the concepts and strategic actions of "ethical leadership."

John Amann, founder of Old Mac's Farm said; "It's rare for highly effective leaders to clearly articulate the unique things they did to create uncommon success. Bob MacDonald is an exception. He has always shared the specific ethical strategy and reasoning behind his decisions." Amann added, "With the addition of Bob's new overarching book, Old Mac's Farm now offers inclusive resources for young children, teenagers, college students and adults on the specifics of leading ethically."

Old MacDonald's Ethical Leadership Farm is based on the business practices of Bob MacDonald, who has had a 41-year career in the financial service industry, serving in numerous marketing and leadership roles. For the last 20 years, MacDonald has been the CEO of major companies and on the boards of numerous large corporations. He's authored four popular books on business philosophy and leadership. MacDonald has twice won entrepreneur of the year in Minnesota.