Depicts Life After the Information Apocalypse via Pirate Radio 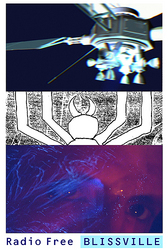 I wanted to explore what would happen if our modern props of instant gratification and information overload through technology were taken away overnight.

Radio Free Blissville will be shown at Anthology Film Archives as part of the NewFilmmakers program.

The 19-minute fiction piece, set in the near future, delves into the use of underground pirate radio in urban areas after the cascading destruction of major satellite networks and the Internet.

Director J.F. Culhane says: “If you look at it, covert and independent radio has been a consistent voice in communities where a way of life has been wrecked via a natural disaster as in Haiti’s earthquake, political oppression as in Zimbabwe, or even cultural censorship as England’s ban of Rock ‘n Roll in the 1960s.”

He adds, “I wanted to explore what would happen if our modern props of instant gratification and information overload through technology were taken away overnight. What’s fascinating is that since we started the project there have been anomalies with rockets and satellites such as the odd spirals over Norway and the recent Galaxy 15 failure.”

The film, which is now being developed as a feature, also stars Baqi Abdush-Shaheed, Marina Julia Neary, and Joe Lihach, and features music by A.B. Do Well, Heavycreme Musics, The Center for Audio Visual Research, nickname: Rebel, and Patrick Heilman. Photography by Peter Nappi.