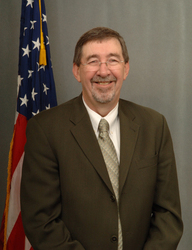 I welcome Henri Bisson to the Council and look forward to the Company's management, environmental planners and analysts benefiting from his demonstrated success and experience in overseeing the Bureau's daily operations, which included managing 262 million acres of federal land, a budget of $1.7 billion, and over 9,000 employees.

Rebecca R. Rubin, President and Managing Partner of Marstel-Day, LLC, an environmental and conservation consulting firm based in Fredericksburg, Virginia, today announced the addition of former Bureau of Land Management Deputy Director, Henri Bisson, to her firm's Advisory Council. In making the announcement, Rubin said, "I welcome Henri Bisson to the Council and look forward to the Company's management, environmental planners and analysts benefiting from his demonstrated success and experience in overseeing the Bureau's daily operations, which included managing 262 million acres of federal land, a budget of $1.7 billion, and over 9,000 employees."

Henri Bisson is one of the Bureau's most highly regarded managers and has had a distinguished federal career spanning over 34 years. His commitment to public service has resulted in his twice being awarded one of the most prestigious recognitions for civilian employees, the Federal Government's Meritorious Presidential Rank Award. He has also received many other leadership awards, including the Secretary of The Interior's Executive Leadership Award. Under his leadership, the Bureau increased the nation's renewable energy portfolio by instituting the first competitive sale of leases for public lands that will be used for geothermal electrical generation. Through his efforts, additional geothermal plants will be constructed and significantly add to the already existing 29 geothermal plants that generate 1250 MW of electricity and supply energy to 1.2 million homes. In addition, Bisson is well-known and highly regarded on Capitol Hill where he has testified before Congress on many occasions. His accomplishments also include playing an integral role in getting legislation passed that expanded the U.S. Army's Fort Irwin National Training Center in California.

Prior to becoming the Deputy Director, Bisson served as BLM's State Director for Alaska. He has also had previous assignments as BLM's Assistant Director for Renewable Resources and Planning, as well as District Manager for the California Desert and Phoenix Districts. As Deputy Director, Bisson extended his expertise and advice by serving as Acting Senior Advisor for Alaska Affairs for Interior Secretary, Dirk Kempthorne.

Since retiring from government service, Bisson continues to work actively on land-management issues. During the past year, he has served as President of the Public Lands Foundation, a non-profit group that advocates for keeping the nation's public lands in the hands of its citizens for sustainable and responsible common use and enjoyment.

"I'm extremely pleased to have this opportunity with Marstel-Day," said Henri Bisson. "This company has a solid reputation for producing quality work and tackling some of the most difficult projects. I hope that my experience can be helpful to them as they face new challenges."

Rubin added, "Henri Bisson provides over three decades of leadership and management experience with a large federal agency and a wealth of knowledge regarding the federal government's conservation efforts and renewable energy strategies. He will serve as a teacher and mentor to our staff, providing valuable insight into federal government policies. This will be invaluable to Marstel-Day's continuing work on a variety of energy and encroachment issues by utilizing existing and new methods that can enhance the strategic mission of our clients. We are honored with his willingness to serve in this capacity."