iolo technologies Crowned Fastest-Growing U.S. Company for the Second Year in a Row, its CEO named Executive of the Year 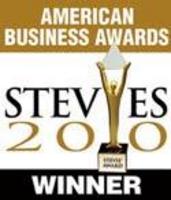 iolo technologies has been officially named the fastest-growing U.S. company in all industries excluding services, and Noah T. Rowles, iolo’s founder and CEO, has been named the U.S. executive of the year in computer services and software, by the American Business Awards in their up to 2500 employees categories. This doubly prestigious national recognition comes two days before iolo’s 12th anniversary and underscores the company’s continued revenue and employee growth, successful international expansion, sustained technological innovation, and consistent profitability year over year. This year’s awards carry forward and improve upon accolades received in 2009, when iolo was similarly recognized as the fastest-growing U.S. company, and its CEO ranked within the top 10 executives of the year.

Always privately held, self-funded, debt-free, and profitable since inception, iolo has remained an iconoclastic example of successfully conservative expansion and organic growth within an industry renowned for premature IPO’s and overoptimistic business plans. Under 12 years of strategic leadership by Noah T. Rowles, iolo’s founder and CEO, the company has established itself as the worldwide leader in PC tune-up software and expanded its worldwide presence from 16 to 33 countries last year alone. It has also defended its #1 best-selling position in the US, Canada, UK, France and the Benelux countries with record-breaking revenue figures that improve upon even prior years’ impressive achievements. According to NPD, iolo now commands 85 and 98 percent of the growing American and Canadian PC tune-up software markets, respectively. iolo has also been recognized over multiple years on the Deloitte Fast 50 list of the fastest growing companies and was included in the Southern California’s Hot 90 by Lead411 this year.

iolo technologies and its CEO overcame formidable competition in both categories to win the two coveted awards – including 6 and 7 other respectively strong finalists and thousands of initial entries from companies both public and private, with and without outside capital and funding, from all industries, regions and sizes. Any company with fewer than 2,500 employees was eligible for the honors, and more than 200 prominent executives across the country participated in the judging process to determine the Finalists and Stevie Award winners.

“On June 23, 1998 I walked into our tiny original office, wondering whether my ideas had any chance of surviving in the real world. Twelve years later and with the overwhelming achievement of being named the fastest-growing U.S. company for two years in a row, I walk in knowing that my dream has taken a life of its own and become a source of positive energy and fulfillment for all who contribute to the success of iolo’s award-winning products, from their remarkable design and engineering teams to our customers and friends who depend on them,” said Noah T. Rowles, CEO and winner of the Executive of the Year award in computer services and software. “This prestigious recognition is a testament to our passion for excellence and an ongoing determination to be the best despite fierce competition and rigorous challenges. The awards symbolize what I have believed in for as long as I can remember: That success is a culmination of innovation, focus, strategy, and an honest love for what you do.”

Stevie Awards were bestowed in more than 40 categories including Fastest Growing Company of the Year, Executive of the Year, Turnaround Company of the Year, and others. More than 2,700 nominations from companies of all sizes and in virtually every industry were submitted for consideration in another record year for number of entries.

The awards were presented during ceremonies at the Marriott Marquis Hotel in New York City on June 21, 2009, hosted by Cheryl Casone of Fox Business Network and broadcast nationwide on radio by the Business TalkRadio Network. Details about the American Business Awards and the list of Finalists and Stevie Award winners are available at http://www.stevieawards.com/aba.

About iolo technologies
Crowned the Fastest-Growing Company in the United States in both 2010 and 2009 by the American Business Awards, iolo technologies, LLC (http://www.iolo.com) produces award-winning software that repairs, optimizes, and protects Windows computers. Founded in 1998 and headquartered in Los Angeles, iolo has presence in 33 countries, more than 30 million users worldwide, and hundreds of awards from industry analysts and media. The iolo product line includes System Mechanic®, the #1 best-selling PC tune-up software; System Mechanic Professional®, an all-in-one suite of both PC tune-up and security tools; Search and Recover™, a powerful data recovery tool for retrieving deleted files and photos; DriveScrubber®, the #1 best-selling utility for permanently erasing data from hard drives; as well as System Shield®, performance-focused antivirus and antispyware software. For more information see http://www.iolo.com.