The Game Supply looks at how virtual goods are changing the Gaming Industry. 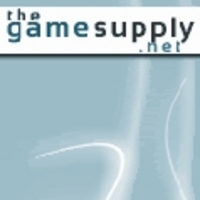 Even given that many companies are attempting to educate their users on the many types of scams that are related to these games, a huge burden is put on the gaming companies customer support to facilitate their customers ability to get back into the game in a timely fashion after they fall victim to such scams.

The Game Supply a virtual goods marketplace specializing in allowing users the ability to trade, sell, and buy World of Warcraft accounts looks at how the real money trading, (RMT), or micro-transactions are changing the face of gaming today.

Virtual realities and goods have gained a strong foothold in the last 10 years. Starting from the first sales of virtual items on Ebay and Playerauctions and moving into the last 4 years with games building their entire business model around these virtual goods and currencies. Games such as Second Life, or any of the Entropia Universe planets, have structured entire economies around the in game currencies. Planet Calypso's, the "first" planet in the Entropia Universe official currency the "PED" is exchanged at rate of around 10 PED to 1USD. Here you can find radio stations, with commercials of course, huge communities that vote on such things as building new highways and what towns and cities should be included, to the mundane such as noise ordinances in the game environment.

To some people these things may sound a bit too out of the ordinary, but they are fast becoming the norm as more and more companies create free to play virtual environments structured around micro-transactions, or purchasing items in the game for real dollars.

According to The Game Supply CEO Kenneth Pierce, one of the largest drawbacks in these virtual transactions are the increasing number of scams involved. TGS.net has a blog dedicated to educating their users on the latest scam attempts, phishing emails, methods of obtaining stolen credit card numbers, and many other fraudulent methods used by scammers in order to obtain users personal information.

"Even given that many companies are attempting to educate their users on the many types of scams that are related to these games, a huge burden is put on the gaming companies customer support to facilitate their customers ability to get back into the game in a timely fashion after they fall victim to such scams." tgs.net representative Candace Ward states.

On a more positive note, the quality of the games themselves and the ability of their users to enjoy a seamless experience has grown exponentially over the last decade. With advances in both graphical engine technology, and the increasing number of professional game designers able to design these virtual universes the end user has benefited greatly in overall gaming experience.

Issues have also arisen with exactly who owns these virtual goods. The latest dispute over copyright infringement involves "Mafia Wars" creator Zynga, and PlayerAuctions, the largest of the virtual auction marketplaces. Zynga Game Network Inc. filed suit on April 08, 2010 claiming that Playerauctions.com was infringing on their copyrights by allowing the games players to sell their acquired items in game to other users. This is not a new debate, but this time it seems that it will go the distance to solidify exactly who "owns" these virtual items. The game publisher, or the player that spends the time to advance their "avatars" to the point that other players would want to purchase them.