New Political Talk Radio Show "Mad as Hell in America with Adam Klugman" bridges political differences by offering one minute of uninterrupted air time to any caller who is "Mad as Hell". 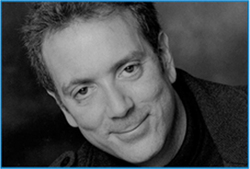 "There's a big difference between anger and rage. Rage is a dangerous thing because it only has one goal - to destroy. But anger is a healthy, human emotion. And when it is channeled properly, 'mad as hell' can change the world."

Progressive radio talk show host Adam Klugman is mad as hell and he isn't going to take it anymore. In fact, he is inviting Americans from every side of the political spectrum to join him on his new radio show Mad As Hell in America with Adam Klugman, debuting September 18th and 25th from 3:00 - 6:00pm on Portland's AM 620 KPOJ. His offering to callers: one minute of uninterrupted air time to express why they are mad as hell, too.

"Most people are afraid of their anger," says Klugman, "because they think it's going to make them like the small minority of belligerent Americans who scream and throw tantrums to get what they want. But that's not anger. It's childish rage and it has been getting its way in this country for far too long."

Klugman goes on to make an important distinction between anger and rage. "What we're seeing from the far right and the Tea Party looks like a mad as hell movement, but its not. It's a Populist Rage Party. And rage always has the same goal - to destroy. Just look at the Tea Party agenda. What is it? To dismantle the government. To destroy it. It's a complete failure of imagination."

Klugman continues, "But legitimate, human anger isn't destructive at all. In fact, it's inherently creative because it's prodding us for a response. There's nothing wrong with you if you feel mad as hell about America's torture policy. You should be mad as hell. It's a crime against Humanity. But what if, instead of throwing that feeling away because it isn't popular at cocktail parties, I paid attention to it? What if I really listened to it? Well, in that case I just might have to change the world."

No stranger to hot button issues, Klugman has been a driving force behind the successful Progressive Media Agency - a boutique political ad firm based in Portland, Oregon that caters to controversial causes and progressive candidates. In his tenure there, Klugman built a reputation as a creative maverick, specializing in hard to handle issues like racism for the YWCA, separation of church and state for First Freedom First, Single Payer for the Mad As Hell Doctors and he even launched the first ever Christian radio outreach campaign for the DNC in 2006.

"I like the tough stuff" he says. "That's why I wanted to do a radio show where everyone, even the people who strongly disagree with me, are welcome to call in and say their peace. So pick up the phone - tell me I'm an idiot. I don't promise to agree with you, but I do promise to listen. Because I believe there's a conversation just beyond the false divisions of right and left that wants to happen in this country. But it will only get started when we actually start listening to each other. And people are mad right now. Mad as hell, in fact. That anger needs to be expressed and heard so we can all move on."

In addition to the debut of his new radio show, Klugman also has a website at MadAsHellinAmerica.com, complete with an open discussion board and video blog where people can upload their own uncensored Mad As Hell Minute. "I only have three rules" Klugman declares. "No racism. No sexism. No hate speech. Otherwise… bring it on."

Mad As in Hell in America with Adam Klugman airs on consecutive Saturdays from 3:00 - 6:00pm starting September 18th and September 25th on Portland's only progressive talk station AM 620 KPOJ.